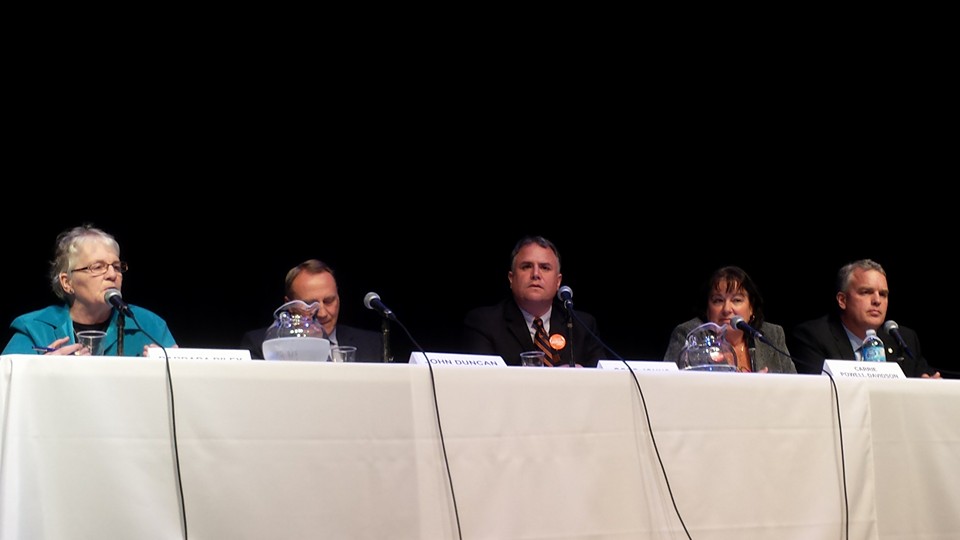 A bevy of voters gathered together at the Sid Williams Theatre last night to witness an all-candidates meeting. Representatives from the Courtenay-Alberni riding fielded numerous questions in this stop on the 2015 election campaign trail.

One of the topics discussed was the treatment of aboriginal communities. Marxist-Leninist candidate Barb Biley, Conservative rep John Duncan and the Green Party’s Glenn Sollitt weigh in on that.

And the Liberal’s Carrie Powell-Davidson and NDP candidate Gord Johns had their say on the topic.

Aboriginal issues have been a major point of discussion this year and throughout the election, with residential schools being a focus. Other topics discussed last night included local jobs, veteran and military affairs and the importance of voting.