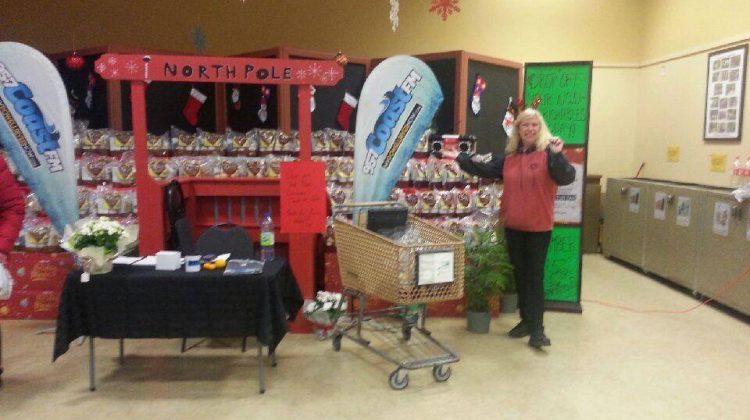 UPDATE – As of Monday morning, Stuff the Trailer raised $43,684. People are still encouraged to drop off non-perishable items or buy the pre-made $5 or $10 hampers for the food bank.

POWELL RIVER, B.C. – It was a busy couple of weeks, but well worth it.

95.7 Coast FM teamed with City Transfer and Safeway to help the local Powell River Action Centre Food Bank. The goal was to set up a City Transfer trailer with as many donations as possible for the food bank.

Rough numbers are in, and the campaign raised more than $41,000.

“I’m just blown away, that people, when you really need it the most, they come through. What they’re (residents) doing for their community and for our local food bank…their generosity…it never ceases to amaze me,” said Steve Wadsworth, the manager of the local Safeway.

“It’s not always easy this time of year, but people find a way (to help). They have a look through their covers or maybe they throw that extra two or five dollar donation at the till, it all adds up and it really, really makes a difference.”

Savanna Dee with the food bank thanked all residents of Powell River who helped out during this season’s campaign.

“It will last us until next Christmas,” she said, talking about the food and cash donations collected during Stuff the Trailer.

“Thank you so much for helping those people in our community that are just having a hard time.”

Official numbers from the campaign are expected to be available on Monday.