Whale to be guided out of river: DFO 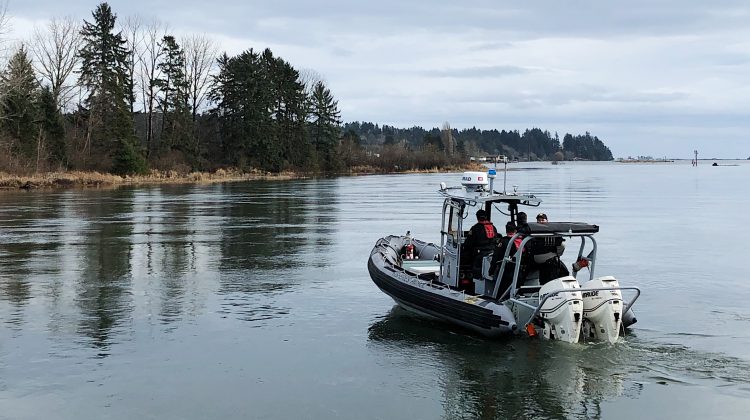 DFO officials head out into the Courtenay River to assist a grey whale out of the estuary on the afternoon of December 19th, 2018. Photo by James Wood/98.9 The Goat/Vista Radio

COURTENAY, B.C. – The grey whale in the Courtenay River will be guided out.

At least, that’s the plan according to Pacific Marine Mammal coordinator Paul Cottrell.

Cottrell said it is unusual for a whale to be in the area. He said their worry is if the whale gets live stranded in the river.

“It gets pretty shallow out here so we want to make sure that he’s not up here when low tide comes around. We hate to see him live strand and that’s a little more… (it’s) another complication if he live strands,” Cottrell said.

Cottrell said they are waiting for the high tide to come in, which would make it easier to guide the whale towards the estuary.

“We’re going to go have a look in a vessel and hopefully we won’t have to do anything. We’re just going to monitor and see if he’s going to find his way out, which is what we want.”

The whale was first spotted around 9:50 a.m. near the Courtenay Airpark floatplane ramp.

Cottrell emphasized that residents who see animals in distress, injured, entangled, or in places they shouldn’t be should call the B.C. Marine Mammals Response Network at 1-800-465-4336.