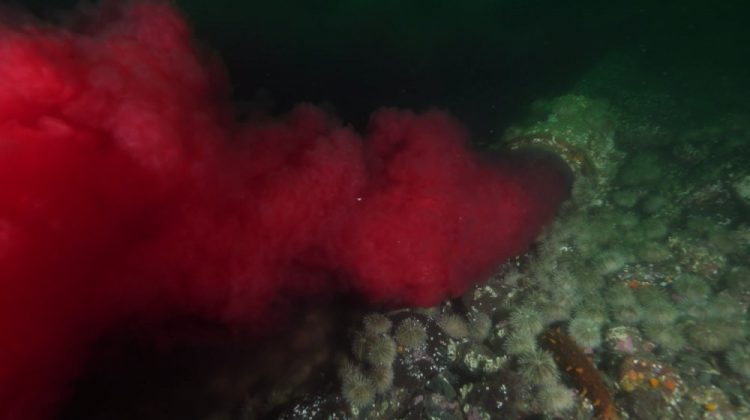 The Minister of Fisheries, Oceans and the Canadian Coast Guard was in our neck of the woods to make an announcement of funding for clean technology.

Jonathan Wilkinson, announced one point one million dollars in funding from the Fisheries and Aquaculture Clean Technology Adoption Program to support and accelerate clean economic growth.

He says 15 projects will be funded for a range of initiatives.

“Some of them are actually here on the Island and they include the B.C. Aquafarms in Nanaimo which is installing a solar hot water system. It included Browns Bay Packing Company which is making changes around the wastewater system to make sure that they are treating for bacteria and viruses at the fish processing plant before they are releasing water into the environment. So, there’s a whole range of them.”

Just over a year ago there were images posted all over social media of a bloody discharge into the ocean from the Browns Bay packing plant near Campbell River.

Doug Routley, MLA for Nanaimo-North Cowichan and co-chair of BC’s Wild Salmon Advisory Council, also announced a contribution of nearly 184,000 dollars in funding towards the projects.