Another storm system moving in 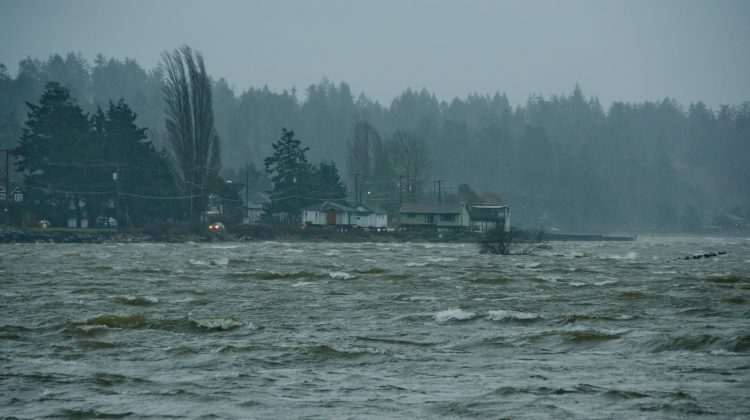 Waves are pictured off the Courtenay River during a wind storm on Thursday, December 21st, 2018. Photo by James Wood/98.9 The Goat/Vista Radio

VANCOUVER ISLAND, B.C- As we try to recover from the windstorm yesterday (Thurs) Environment Canada is reporting a similar event will strike again tonight (Fri).

Carmen Hartt is a meteorologist.

If you need to take a ferry, Hartt said the worst of the wind will hit Saturday afternoon and into the evening.

Compounding the problems, Hartt said there’s a full moon and we will see king tides along with the wind.

“We did even have a record at Nanaimo with the highest wind gust ever on record. They reached 85 kilometers per hour and the previous wind record was from 1964 and it was 82 kilometers per hour, so it was definitely a historical event.”

The good news is, Hartt said it looks like we will get a break from this train of storms for Christmas Eve and Christmas Day.