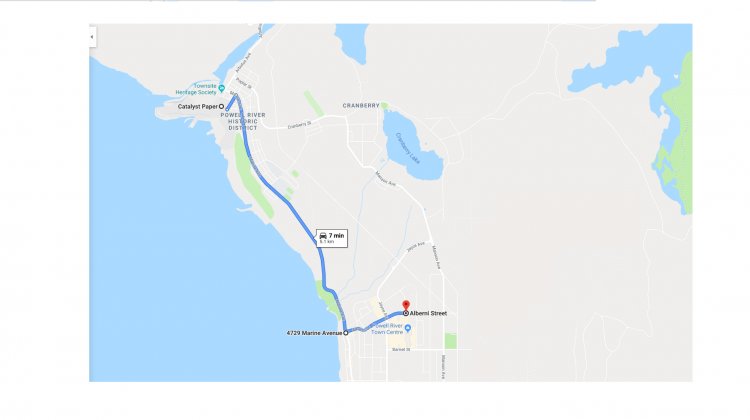 Transport route provided by The City of Powell River

POWELL RIVER B.C – Traffic will be disrupted along two major roadways in Powell River on Wednesday.

According to the City of Powell River’s Engineering Services Division, motorists can expect delays tomorrow as nine ATCO trailers will be moved through the city.

They will start transport at the barge terminal beside the Catalyst Paper mill and move up Walnut Street to Marine Avenue. The trucks will then move south along Marine Avenue, turn left onto Alberni Street, and finish the transport at the old Inn at the Westview site, where the units will be stored.

There will be three vehicles involved in the haul, including trucks ahead and behind the flatbed, which carries one of the ATCO trailers.

Nine trailers will be moved in total.

Motorists are advised to plan an alternate route on Wednesday. If they encounter the trucks, drivers are asked to be mindful of traffic control and are asked to not pass convoy.