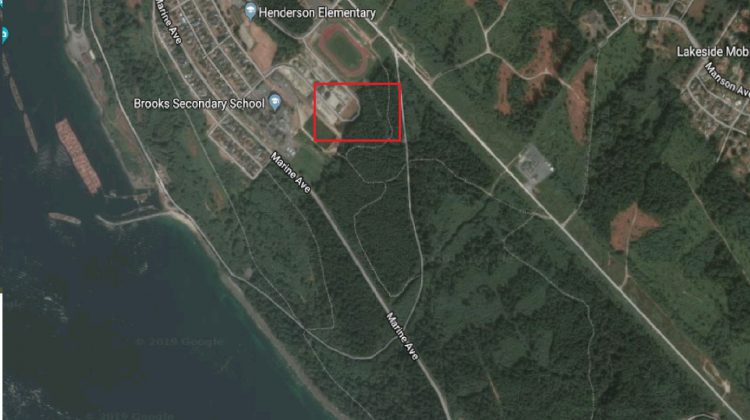 The loop on Hemlock Street is pictured on Google Maps.

POWELL RIVER, B.C- Powell River’s municipal government will be paying to get rid of a road.

According to a news release issued by the city, the province’s Agricultural Land Commission (ALC) has denied Powell River’s appeal of the ALC’s order to remediate a section of Hemlock Street, commonly called the Hemlock loop.

“The City accepts the decision and will proceed with returning the 0.2 hectares of the land as directed by the ALC in it’s nine-page ruling,” read the release.

That appeal can be found here: ALC_Appeal Decision_City of Powell River final (002)

The release states that a plan to meet the ALC’s requirements is ready to be implemented.

“The road will be ripped up,” said the city’s Director of Infrastructure, Tor Birtig.

“Everything has to be put back to the previous natural state so that means removal of the asphalt, concrete curbing, any fill that’s placed in there for road structure and removal of the lighting and wiring in that area.”

The work to remove the road, remediate the soil, and provide emergency access has been estimated to cost $100,000, according to the city’s statement. That’s down from the $561,000 cost provided to the ALC in the city’s appeal.

“At this point, it’s the City (paying for it),” said Brewer.

As for whether or not the city would look for money from other parties involved in the process, Brewer said that was something that “would have to come from council”.

“In the absence of any other direction, that’s the work we need to implement. It remains an obligation of the city.”

He indicated that council will decide on whether or not the city will ask other parties to help with the cost of the remediation.

“There’s no other meeting, or discussion, or direction planned, unless a member of council or council chooses to make it an agenda item,” said Brewer.

The work will need to be finished by August 31st of this year.