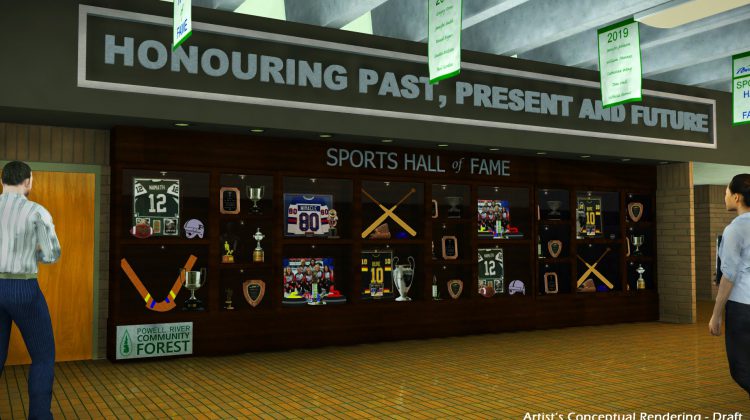 POWELL RIVER, B.C. – Powell River will be honouring some of its greatest sports heroes Saturday night.

Eight athletes and one team have been named to the Powell River Sports Hall of Fame (SHOF), which will host its inaugural induction.

An anonymous select committee chose from 25 nominations that came from the community.

All of the remaining applications are still on the list for future consideration. Committee chair Jim Palm said the push is on to sell tickets for Saturday’s dinner and gala at the Powell River Recreation Complex.

There will not only be seating on the floor of the arena, but the stands will open for viewing of the induction ceremony.

Only a limited number of tickets remain and can be bought at Taws Cycle and Sports at 4597 Marine Avenue.

“We want to honour these people properly and the best way we can do that is to have a full house,” Palm said.

Admission for those not participating in the dinner will be by donation.

Only athletes who are retired from active competition were considered for the SHOF.

“We have a number of great accomplishments on the sporting front over the ages in Powell River and we are bringing those first inductees home to celebrate our sporting past, and this is a big event for Powell River,” he said.

“We have been a year in preparation and I know the inductees from out of town and in town are very excited to not only be at the event and receive their due, but they are looking forward very much to meeting up with their old sporting buddies and community family members and having a great weekend here in town.”

The team inductee is the Powell River Regals. Palm said the Regals created a huge buzz in the community when they battled their way to the Canadian senior men’s hockey title back in 1970.

“In 1969, a lot of the players that came to town here and got jobs at the mill were brought in because they had hockey backgrounds and were very good at their sport,” Palm said.

“That team back in ’69/70 had a number of ex-NHLers. And when they went on their run and won 26 playoff games to win the Hardy Cup, which was the Canadian championship for seniors, I can tell you, the whole town lined up for tickets for that five-game series versus Laval from Quebec. It went to five games and it’s one of the events in town that people have not forgotten.”

The dinner is a regional event, with representatives from the City of Powell River, qathet Regional District and Tla’amin Nation serving as members of the SHOF committee.