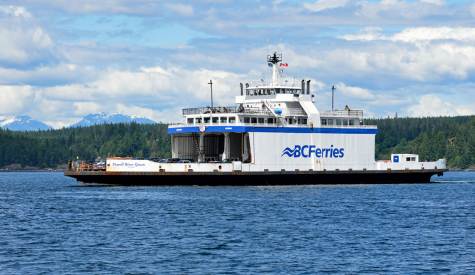 The Powell River Queen is one of the vessels that will be replaced by 2021. Photo courtesy of BC Ferries

BC Ferries says some of the ferries between Saltery Bay to Earls Cove will be cancelled next weekend.

The ferries will be cancelled Saturday the 21st to allow safety drills and the deployment of the Marine Evacuation System on the Island Sky.

The cancellations include the 9:00pm ferry departing Saltery Bay, and the 10:00pm ferry leaving Earls Cove.

BC Ferries says the most up to date information can be found at bcferries.com, or you can follow @BCFerries on Twitter.