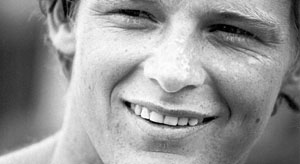 Powell River residents came through in a big way for cancer research.

All told, 162 people ran, walked and rolled for the cause.

The foundation’s BC and Yukon provincial director Donna White said for a number of years, a husband and wife team organized the run to honour their daughter who they lost to cancer.

“Then they took a step back the last two years, just giving somebody else a chance to take it on but they’ve still been involved and they lost a son to cancer last year as well, too,” she said. “I think being a small community where everybody knows everybody, I think has really helped boost the numbers, there, too.”

White noted that 79 cents out of every dollar raised goes to cancer research.

“This office, for example, is currently a full-time staff of two and we’re looking after everything for British Columbia and the Yukon. We had 110 events yesterday and we’ve got seven more events before the end of the month… and 1,500 schools just in our region alone, here, that runs Terry Fox Runs here in the beginning of September and into October, as well.”

Over the past 39 years, nearly $800 million has been raised worldwide.

Today, millions of people in 35-plus countries around the world take part in Terry Fox Runs.

White said it doesn’t matter who you are or where you live, the cause is the same.

“The sad realization is that this disease can affect any of us at any time and the community has really come forward and has really embraced Terry’s dream and we’re thrilled that they continue to do the great work that they do there.”

She added that the Run is “a Canadian legacy that Terry left for us, it’s been a Canadian tradition for the past 39 years and what a lot of people don’t realize is that the second Sunday after Labour Day is known, officially as Terry Fox Day in this province. That was legislated by the government three years ago.”