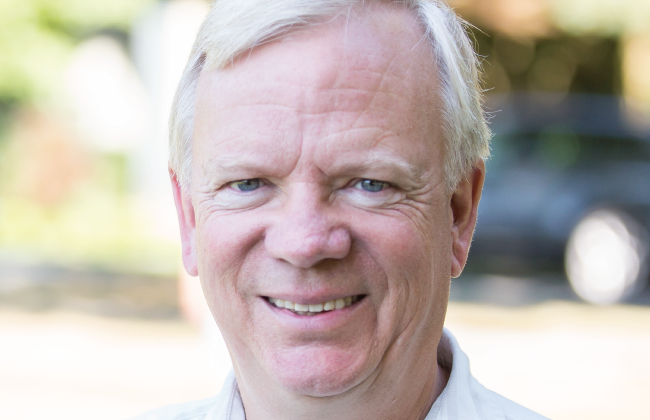 The 2019 Federal election is off to the races.

In the North Island-Powell River riding, there are six candidates.

One of those is Liberal Peter Schwarzhoff.

Schwarzhoff says although the Liberal party has not yet released a platform on climate change, it’s an issue that so many people within the riding think should be addressed, and it’s something he’s passionate about.

“This is the very reason why I got into politics. I was one of those gag scientists in the Harper days. I was leading the air quality research group and was in charge of science for the meteorological service during the days when we weren’t even allowed to mention the word climate change,” said Schwarzhoff.

“I want you to know that this is something that is near and dear to me. The Climate Action Network that we have established is an effort to get all of the provinces involved in coordinated efforts to reach the Paris agreement targets.”

He says although some progress was made, pushback from the provinces means more needs to be done.

“It seemed to have been going very well at first. Some amazing things were done, Ontario got off of coal to produce electricity, Alberta had envisioned significant changes to get their emissions down. Now we’re challenged with several conservative provincial governments who are not willing to participate with us, and we’ve been forced to install a price on pollution. A backstop for those provinces who wouldn’t do it themselves.”

Schwarzhoff adds that the Liberals have done many things to make progress towards a cleaner province, and a cleaner nation as a whole.

“In B.C we’ve implemented our own plan that will ratchet up year by year until it has a meaningful effect on emissions, but that’s the one that gathers all the public attention, the carbon tax.”

“The Conservatives just love to attack us about that, but that’s a small part of what were doing on climate change, there’s so much more. From the rather large things like clean vehicles and fuels to rather esoteric things. We’ve mandated methane reductions, they leak all over the place and the tricky part is figuring out where the methane leaks are.”

“That’s a success story for Canada because they didn’t know how to find these leaks, so the smart people in Canada have figured out how to do the monitoring of these leaks and that’s a technology we’ll sell around the world,” added Schwarzhoff.

He also says despite the things that have been done, more needs to happen to help stop climate change.

“Now not for a moment do I suggest that everything we have done is enough, not at all. In fact, that’s why I hope to be sent to Ottawa, is that somebody who knows the urgency of this will be within the liberal party and will push them from within to take real serious action.”

Another important issue for Schwarzhoff is the introduction of a national PharmaCare program.

Currently, Canada is the only industrialized country with universal healthcare but no national PharmaCare program in place.

That’s something he says needs to be fixed.

“This is a serious issue. We hear regularly that people have to make a decision between getting the drugs they need or buying food. Or reducing their dosage so their pharmaceuticals last longer and that’s just completely unacceptable”, said Schwarzhoff.

He added that the Liberals have taken steps to make that happen, but the question isn’t if there should be a plan, but instead, how would it work.

“What we did about it was we brought in experts to create a document, not on whether or not we should do that, it’s a given. We absolutely have to have a PharmaCare plan, but rather how it is implemented.”

“It is in fact a very complicated patchwork of coverage’s across the nation right now. Sorting that out is quite a challenge.”

Schwarzhoff also says that the Liberals have already taken steps to help make prescription drugs more affordable but more is on the way.

“I can say first of all we’ve done a couple of things already. We’ve created a Canada drug agency that negotiates the price of prescription drugs for all healthcare plans, and we’ll reduce the costs of drugs of about three billion dollars per year. That is already done.”

The Liberals have not released a campaign plan for PharmaCare yet but Schwarzhoff says “you should be anticipating a significant move towards PharmaCare from the Liberal government.”

Oceans, marine life and coastlines in British Columbia are another huge topic of conversation for most North Island-Powell River residents. Schwarzhoff says the Liberals have already taken many steps to protect both the ocean and the coast throughout Canada and B.C.

“We’re already all over that. We created a one point five billion dollar Oceans Protection Plan. It’s the single most significant investment in Canadian history to protect our waters and coasts and creates a world-leading safety system,” said Schwarzhoff.

He says that here in the riding they have taken steps as well.

“Local examples are the coastguard stations we put into Tahsis and Port Hardy. We also have got a tremendous amount of oil spill response and a bunch of mechanisms for ensuring that our oil tankers never have a leak.”

British Columbians are dealing with income inequality on a daily basis and Schwarzhoff says that’s something the Liberals have been addressing and plan to keep managing if elected.

“It’s a very real thing. We are very concerned that the rich are getting richer and the average Canadian is sinking. That’s why in 2015 we focused on the middle class. The first thing we did was reduce the taxes on the middle class. The next thing we did, and this is a huge one, we increased support for families through the Canada Child Benefit. That’s providing up to $6600 dollars per child for kids under six, and $5600 for each kid that is in school. Those are tax-free payments,” said Schwarzhoff.

He says so far those changes have made a huge impact on residents in the riding.

“Nine out of ten Canadian families are now receiving higher payments than they would previously. It’s actually by itself lifted 300,000 children out of poverty. We have looked at quite a wide range of things that we could do to support an average family.”

Schwarzhoff added that he believes the Liberal party is making the right moves and will continue to do so if elected.

“In many cases what you’ll learn in our budget when it comes out, is that we think we are on the right track, we’ve got some good ideas on how to make things better for the average Canadian and were asking for another four years on how to double down. We will remain focused on the average Canadian like you and me,” said Schwarzhoff.

One of the personal issues Schwarzhoff says he wants to address if elected is the care and support for veterans.

“I am a veteran, and I am a member of the Legion’s colour party. I really want to support our veterans. The previous government started closing the service offices and a variety of other damaging things including the pensions. We have put those services offices back. We have installed a new version of the pension for life. There’s a number of things I could point to that we’ve improved but no way is it good enough. We still have a significant gap in what we owe our veterans, so given a chance, I’m going to be an advocate for veterans.”