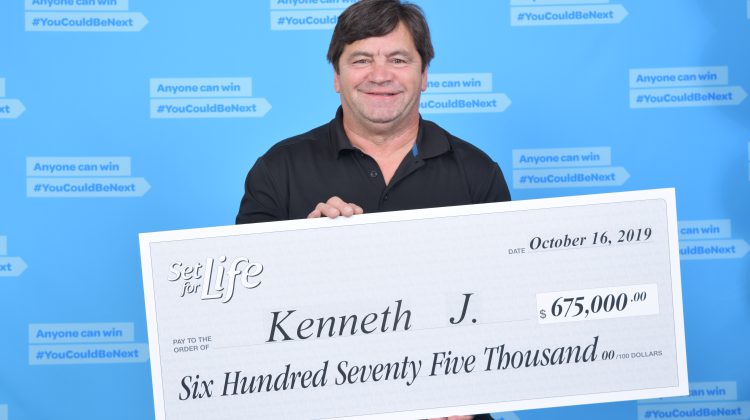 Two years ago, Ken Jorgensen had a dream that he would win the lottery when he turned 60. This year, that dream turned into reality when the Powell River resident won one of the top prizes for Set for Life, choosing a $675,000 lump-sum payment, just six days after his 60th birthday.

Jorgensen was at home with his stepdaughter when he scratched the ticket, and couldn’t quite believe what he was seeing.

Jorgensen and his wife Heather said their top priority is to pay off their mortgage as well as book a family holiday on Shuswap Lake with their 11 children and grandchildren. Saving for family is next on their list.

“It will change my life,” he said. “I’ve always wanted to help other people out and now I can do it.”