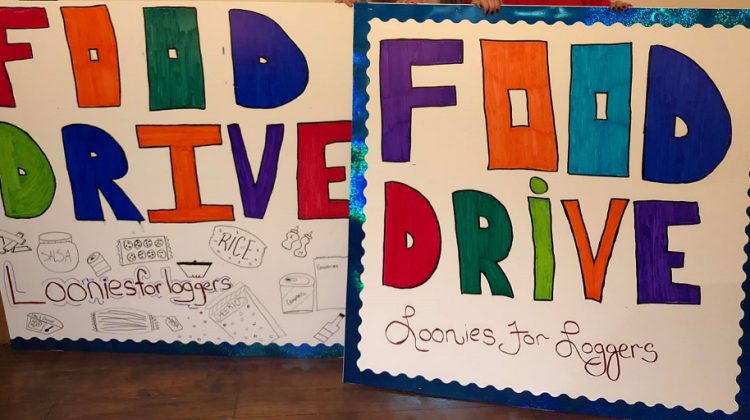 Multiple food drives are planned all over Vancouver Island over the next month for WFP strike families.(Photo provided by the Loonies for Loggers, Facebook)

The Loonies for Loggers group is making sure WFP strike families have enough food to support their families.

They wanted a way to connect people and show their support for families through food drives and various other fundraising efforts.

Meggitt says she knows what the families are going through and wants to help in any way they can.

“We understand the stress of going on 5 months without an income, some with no income at all. People are losing vehicles, people are getting foreclosure notices on their homes so Rona and I decided that we were going to do something.”

“We feel if we can put food on these tables at least it helps free up what little bit of income they might have to pay for things like their hydro bills and avoid the disconnection notices,” said Meggitt.

The group has already hosted a food drive back on October 6th in the Comox Valley. Since they started, Meggitt says they have raised over $10,000 and have helped over 200 people with food.

Meggitt says more food drives are in the works as well including one in Campbell River this weekend. Later in the week, the group plans to head north to host food drives in Sayward, Gold River and Campbell River.

Meggitt says she hopes a lot of people can come out and help because many families are affected by the strike.

“We’re really hoping people show up in droves for food for these people. We estimate around 10-15 thousand people are affected island-wide as a result of this strike, directly or indirectly.”

If you want to know where the next food drive will be, or how you can donate visit the group’s Facebook page.