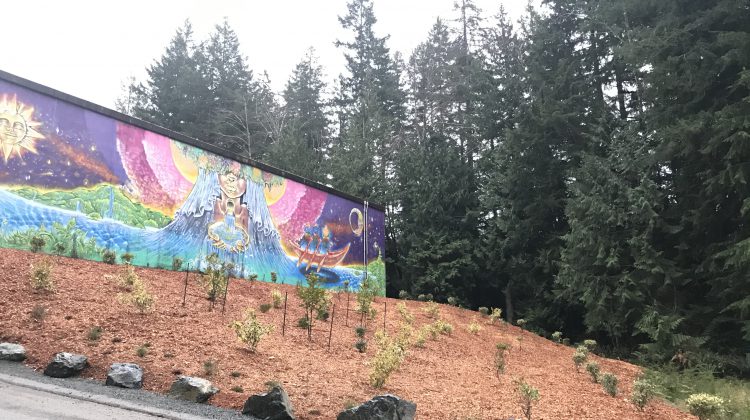 It’s a project of epic proportions.

Construction of the largest garden in the City of Powell River is now complete.

It’s located at the site of the ultra-violet water treatment facility in Cranberry.

The new landscaping that wraps around the water treatment facility on Haslam Lake Road will require much less maintenance and expense than Powell River’s showcase gardens.

The landscaping, as well as some security fencing was made possible through grants from both the federal and provincial governments, for the Haslam Water Supply Main Replacement Project.

“When the facility was built, there was no landscaping done. The property was left with piles of concrete rubble, construction debris and it was overgrown with trees and blackberry brambles,” Kaban said.

“We really shouldn’t have a city building left like that with no landscaping.”

The garden has been planted with shrubs, trees, including magnolias, and small flowering plants that require minimal maintenance.

“We’re not making ourselves a maintenance nightmare. We don’t have the staff or budget for that,” said Kaban.

Building the garden was a team effort, according to Kaban.

Steve Noon was responsible for the plant selection and layout; Lyell Woloschuk for the sloping, and all dirt and rock work, and Brenden Frehlich for the irrigation plan and implementation.