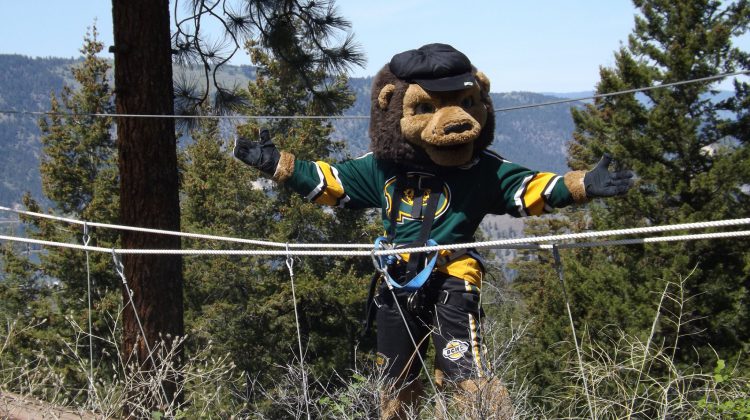 The Powell River Kings mascot, Rocco will be returning to the Okanogan Mascot Games this summer.

This year is the official kickoff to the event which focuses on raising money for the Beacon’s Furry FUNdation, which provides support to community family tourism initiatives.

President of the foundation, Cori Inman says the event brings mascots from all over North America.

“We right now have three coming out of Texas, five or six coming out of Minneapolis, and we have two coming out of South Dakota, two or three out of Quebec. We have, Powell River, Victoria, and we also have one coming out of Colorado as well as our local BCHL mascots in our region,” says Inman.

Powell River Kings Mascot, Rocco says taking part in the games is special because it brings all other mascots together.

“It’s different than what other people do, there aren’t tons of mascots in the world. There are lots of hockey players and when hockey players all meet they bond cause they have a common bond. Curlers have a bond, dancers have a bond, and to go to an event like this and sit in a room with a group of men and woman that are also mascots, it’s enlightening.”

The mascots will take part in a wide range of activities including a bull-riding tournament, an obstacle relay course, a jousting tournament, a dance battle and a speedway course.

The Okanagan Mascot Games take place in Penticton this July 24th through 26th.