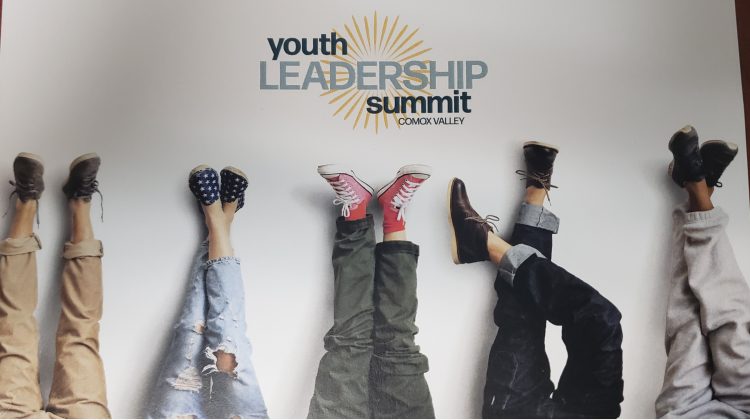 A one-day event giving youth the chance to speak on a wide variety of topics is coming to the Comox Valley this spring.

The Youth Leadership Summit will be open for anyone to attend and will give youth in the community a chance to share their thoughts and believes on important issues such as social justice, entrepreneurship and community engagement.

Liv Veenstra and Taryn Goodwin are the minds behind the first-ever summit.

Liv Veentra and Taryn Goodwin are the two organizers for the Youth Leadership Summit coming to the Comox Valley next month. (Taken by Jon Gauthier, MyComoxValleyNow.comStaff)

Goodwin says the idea was sprouted after she noticed there weren’t enough places for youth to get together and share their ideas.

“One morning in December I woke up and I realized there was such amazing youth in the valley doing amazing things but they were all in silos, and there was no platform for them. So essentially this was a creation to hold space for those people to come together and to celebrate that diverse spectrum that exists on this youth in the valley.”

Veenstra adds that the summit will be open for anyone who wants to attend.

“We kind of thought, we want this to be for everyone. We’re youth voices but this is for the whole community and all ages. Activists, entrepreneurs, business owners, teachers, educators, it’s for everyone. We want to take that and making it a whole celebration.”

The two plan to have a variety of speakers including some youth as young and 15 and 16 years old.

Many presentations and panel question periods are planned for the full day of activities as well.

Veenstra adds that youth are leading the way for the future and a summit is a great way to have them represented.

“It really is something that is on people’s mind and it’s a movement that’s happening, I dont know if its kind of with the climate justice movement and youth coming to the forefront. Were recognizing the value and the voice that youth have and they really are the next generation. They should be at the table having these conversations as well.”

Advanced Tickets will be $85 and $100 at the door. Only 200 will be available but half of them will be given to youth in the community for free.

Goodwin says plans are already being made to bring the summit back next year, even if there is a lot of planning to do.

“I think this is something we want to think from a sustainability lens going forward. How do we continue this, how do we build this sort of model that works again from a wellness perspective, from community connections and support that way? We’re already thinking year two and the best part about it is Liv and I are both incredible dreamers and then were like that also takes a whole two years to plan and we need to scale back,” added Goodwin.

The Comox Valley Youth Leadership Summit will be taking place at the Stan Hagen Theatre in Courtenay on March 22nd.

For more information or to buy tickets, click here.