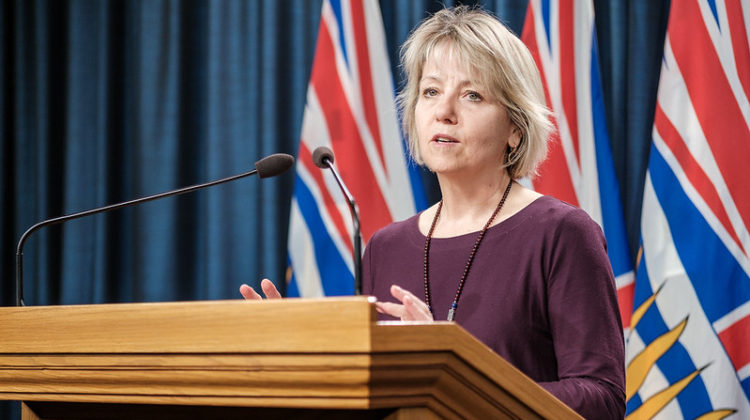 British Columbia has once again reported a record number of COVID-19 cases.

“As you can tell, there have been a number of new cases over the long weekend. This was not unexpected. We knew that events that had happened in the previous couple of weeks would lead to more people who had been exposed to developing an illness.”

“We are now seeing people who were exposed up to two weeks ago. This is a concern because the majority are related to what happened prior to this long weekend”, explained Henry.

Dr. Henry says the source of the new cases varies with some related to private gatherings or small parties that happened over the last month.  Others are from travel within B.C and Canada, and some are from those who have travelled to B.C from outside of the country.

No matter the source, Dr. Henry says we have to remember to follow basic public health guidelines, especially if we plan to be indoors, in close proximity to others.

“We have learned that this virus can and has appeared in communities and settings across B.C. From private parties to workplaces to healthcare, long term care, travel.  It doesn’t discriminate and nor can we. We must be alert. We must all be ready to test if we need too and to stay home and away from others if you’re not feeling ill,” said Henry.

Since the start of the pandemic, over 265,000 tests have been conducted.