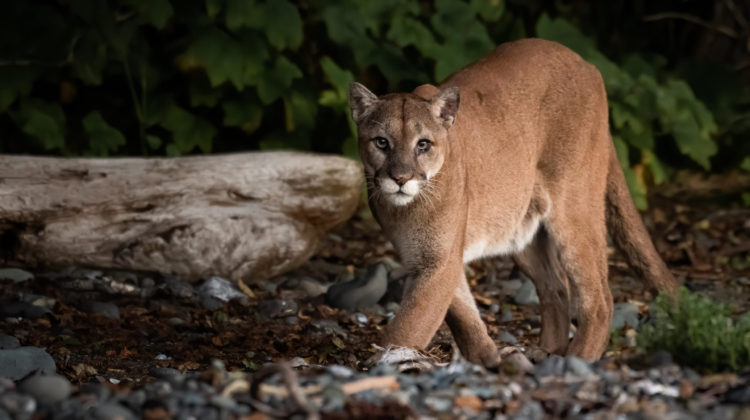 The Comox Valley is once again making its impact on the world.

A local photographer is having his image featured in the Canadian Geographic magazine.

Jarrett Lindal grew up in the Comox Valley and he told our newsroom that ever since he was a kid, he had a passion for taking photos of nature and wildlife.

“I can remember basically my entire childhood lugging around a little camera with me. My dad was a truck driver for a period of time and would go to the north island so I would just shoot out of the window the best I could and growing up outside of town in nature I had that appreciation for it forever and photography is a really good outlet for that.”

While full-time work consumed his life, a bad biking accident helped push him back into the world of photography.

“Three years ago now I had a bad mountain bike crash, I broke my pelvis and back and I thought I should try and learn a new skill or do something while I’m laid up and not able to ride my bike. So I learned some technical skills in photography. Sold my bike for a camera and that’s where it began now,” explains Lindal.

Lindal says the photo that made it into the magazine was part of a 10-day expedition with his friend Finn Steiner, in an effort to shoot some coastal Vancouver Island wolves.  He says they were shocked when they saw the cougar show up on the beach.

“It was a bit miserable that morning, it was pretty cold laying there for a couple of hours. I randomly saw some movement and I thought it was a deer, so I thought, ‘that’s pretty cool’. And then it started to get closer and the light was just starting to come up and we were like ‘holy smokes that’s a cougar.’”

“We were shooting away, and it had no idea we were there. So basically that photo is sort of that moment, it saw us and froze. I don’t know if it realized what we were doing. We had this kind of connection it felt like where it allowed us to take its photo and both parties realized neither of us were out to harm each other.”

“It was a cool moment where it was just frozen in time.”

His photo was also in the running to be featured as the cover on the May/June edition of the magazine but didn’t make the final cut.

Lindal says while photography for him is only a part-time gig, getting into the magazine is a huge accomplishment.

“Getting featured in that magazine is a huge goal of mine and it’s almost at the end of what you can kind of do. I guess National Geographic would be the next big step. It’s obviously the ultimate goal of mine, but I don’t know how soon that would happen.”