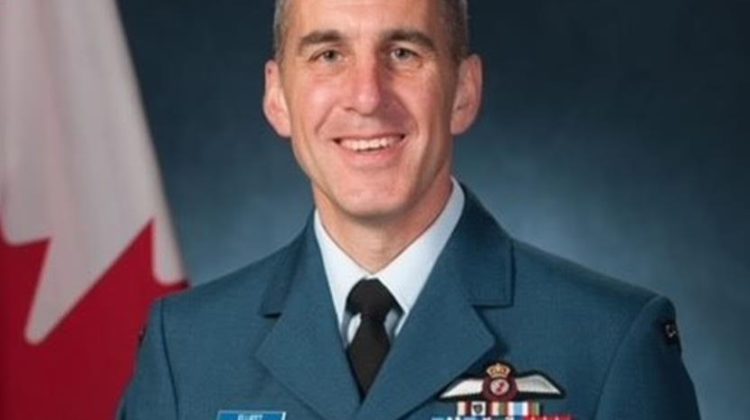 Col. Elliott enrolled in the Canadian Armed Forces back in 2000 under the Direct Entry Officer program, and 19 Wing says he’s an experienced Air Combat Systems Officer with over 2,000 flying hours in North and South America, Europe, and the Middle East.

“Returning to 19 Wing Comox as Wing Commander is a privilege and honour. I look forward to working again with the people of 19 Wing Comox and the Comox Valley,” Col. Elliott says.

“In the near future, the base will be complemented by the adoption of the CC-295 Kingfisher (the newest fixed-wing search and rescue aircraft) and a new role as the centre of excellence for search and rescue training. I am eagerly awaiting these new capabilities.”

Col. Elliott says the 19 Wing team will continue to work hard in providing Canadians the best possible support for maritime patrol, NORAD, search and rescue, and in the day-to-day workings of the base.

“Wing Commanders are charged with ensuring our people are taken care of, so they can support our missions to the best of their abilities, 24/7,” adds Major-General Eric Kenny.

“Colonel Dany Poitras, our outgoing Commander, exemplified this during his two years here in Comox. Command of a Wing is a position given to individuals who have demonstrated vision, professionalism, and excellence in the Royal Canadian Air Force, and I know Col. Elliott to be just that type of leader.”