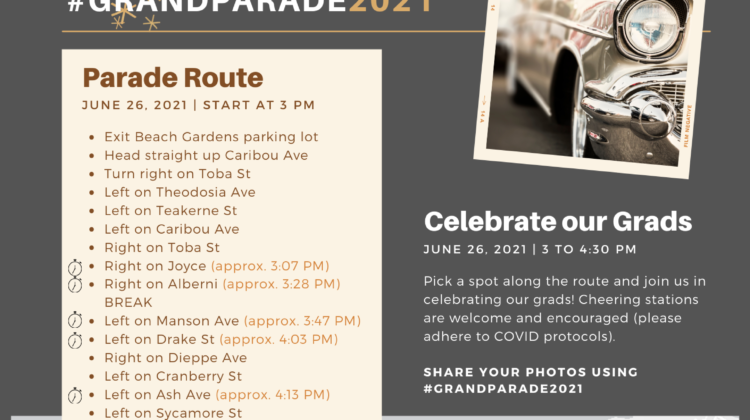 A list of the planned parade route happening June 26th.

Powell River graduates will be getting a special celebration this month.

Instead of hosting a virtual grad like some schools across the province have been doing, Powell River students will take part in a parade ceremony.

It will kick off on June 26th at 3:00pm. The city is encouraging the community to show up along the parade route to congratulate the grads of the 2021 school year.

The parade will start at the Beach Gardens Parking Lot and then end up at Brooks School around 4:30pm.

If you want to share your love for the students the city is asking that you do it safely and follow provincial health guidelines.

To see the specifics for the parade, take a peek at the image below. 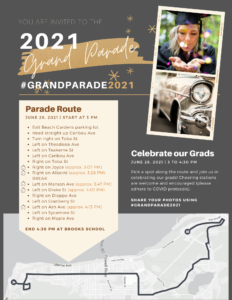 A list of the planned parade route happening June 26th.