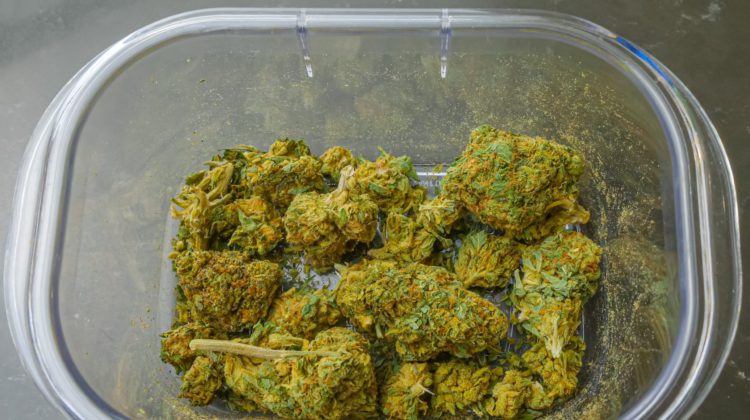 Photo by Kindel Media from Pexels

The province is warning about tainted pot being sold on the black market.

As part of a pilot study, the B.C. Cannabis Secretariat sent 20 dried cannabis samples, seized from illegal dealers in Metro Vancouver, to a federally licensed testing lab in February.

Twenty-four pesticides were found in the samples, along with unacceptable levels of bacteria, fungi, lead and arsenic.

Solicitor general Mike Farnworth says legal sellers have regulated products, subject to national requirements that are in place to protect you.

“In addition to the potential health risks, if you buy illegal cannabis, you could also be supporting organized criminal operations that pose a danger to our communities,”  he added.

“The frequency and variety of contaminants identified indicate that some growers producing for the illicit market may be engaging in practices that pose risks to both consumers and employees handling cannabis,” the province said in a release.

They have to meet federal regulations, including mandatory testing for solvent residues and contaminants such as pesticides, fungi, bacteria and heavy metals.

The secretariat carried out the pilot study with assistance from the BC Centre for Disease Control and the National Collaborating Centre for Environmental Health. The latter has authored a blog post, Unregulated Cannabis: Risky Production Practices Raise Concern for Consumers, which discusses the test results.