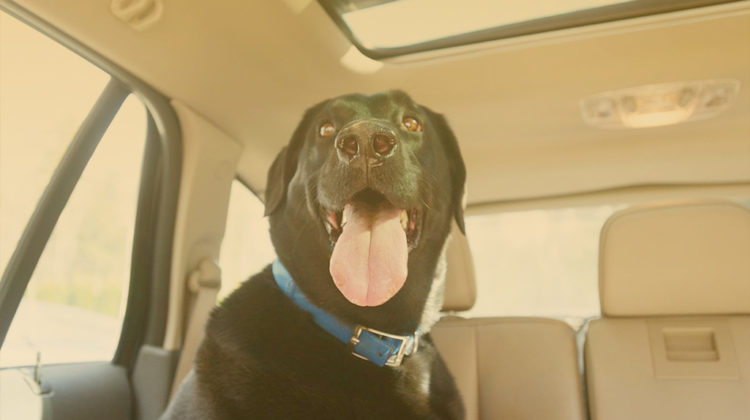 Photo of a dog in a car, provided by the BCSPCA.

With record high temperatures rolling out across Vancouver Island and the Sunshine Coast, the BCSPCA is asking pet owners not to leave animals in parked cars.

“We can’t stress strongly enough how dangerous it is to leave your pet in a hot car,” says Lorie Chortyk, general manager of communications for the BC SPCA.

“Last year, the BC SPCA responded to more than 800 calls about animals in distress in hot cars. The temperature in a parked car, even in the shade with windows partially open, can rapidly reach a level that can seriously harm or even kill a pet.”

She notes that because dogs have no sweat glands, being locked in a hot car can be very devastating for them.

Chortyk says SPCA officers are called out to “worst case” situations every summer, where a beloved pet is in critical distress or has died after being left in a hot car.

“It is a completely preventable tragedy for both the poor animal and their distraught guardian.”

The BC SPCA urges pet owners to leave their furry friends at home when running errands on a hot day.

The organization is also sharing some tips if you see a dog in distress including writing down the licence plate number of the car and asking nearby businesses if the owner is inside.

If you can see that the dog is clearly in distress, the SPCA says you should call to report the situation to the BC SPCA, animal control or a law enforcement agency, and not break a window to get the animal out, as it is illegal to do so.

For more tips on what to do if you see a pet in distress on a hot day, visit the BCSPCA’s website.