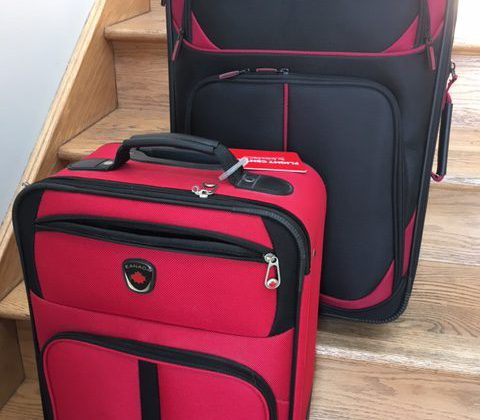 Vancouver Island tourism businesses are getting set to welcome fully vaccinated visitors from the United States.

While the U.S. announced today that it’s banning non-essential, cross-border travel from Canada until Aug. 21st, that’s not the case for certain Americans headed in the opposite direction.

Starting on Aug. 9th, U.S. travellers with two COVID vaccine doses will be free to cross into Canada.

“They are a key market, especially here on the island, but everywhere in Canada,” Everett said. “American visitors are a cornerstone and then it’s a first step in international visitors coming. I think in August, we will see a number of American visitors coming. I have no prediction on numbers. I think one of the concerns would be that all of these loosening of restrictions need to be less complicated as we move forward.”

Everett said he’s still not clear on the exact steps U.S. travellers need to take to prove they are fully vaccinated, before crossing into Canada.

“So there’s a number of things for the industry to understand and then help our American guests as they come across. It’ll be the same internationally but it’s a big positive and things are moving in the right direction now.”

According to Everett, the lifting of the non-essential travel ban on July 1st has provided a slight boost to island tourism businesses.

“This has been the story of the whole pandemic,” Everett said. “I think summer, with island residents, B.C. residents, now Canadian residents as of July 1st, business is fairly strong in certain portions of the island… the mid-island, Parksville-Qualicum, less so Nanaimo, Courtenay-Comox area is good, even the North Island, I’ve heard the combination bookings are strong. Certainly the West Coast has had strong bookings but they did last year, as well.Victoria is doing much better.”

However, he said the activity providers are really struggling.

“That’s whale watching, fishing, activity providers… all of those, their numbers are still down, much like they were last year and they’re all working hard to survive. All of those will be looking at getting their bookings back up to where they want them to be in the years ahead, 2022, 2023, and onwards.”

Everett said when it comes to activities like whale watching, locals won’t be experiencing them multiple times and that’s why international visitation is so important to many of the island’s operators and businesses.

“We have an incredible array of things that can be done here, and international visitors make up the most in our busy season for a lot of these operators,” he added. “Locals who live here and see these things on their own or have experienced them in the past, they don’t necessarily book them many times over to fill up the capacity that a business has.”

He said he is concerned about the fate of some businesses that are struggling through another summer of low bookings.

“Right now people are just focused on getting through the season because in lots of parts of the province, wildfires are affecting business now.”