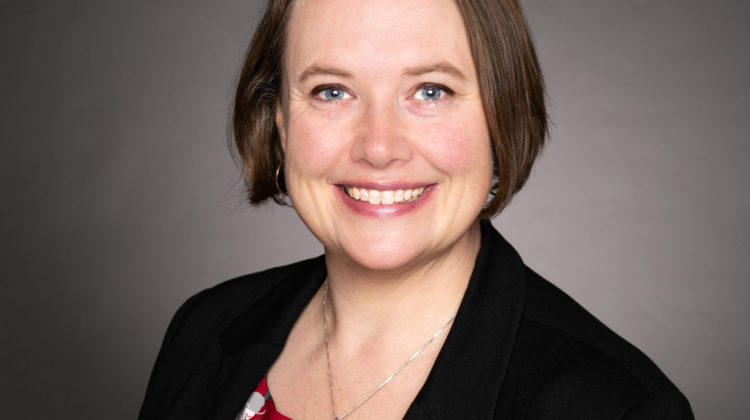 In the leadup to the Sept. 20th federal election, we’re speaking to local candidates.

We touched on three hot button issues: housing affordability, COVID pandemic recovery, and short and long-term action on climate change, as well as one other topic they may have as a campaign priority.

Before getting into politics, Blaney’s employment history was largely with non-profit organizations. Blaney is 46, and is married with two sons, a stepdaughter, and four grandchildren. She has lived in the riding for 22 years.

VR: If elected, what would the NDP do to address housing affordability?

RB: I think the first thing we want to do is (have) 500,000 units built across Canada, of more affordable housing. I have been hearing from so many constituents, some of them are two, professional working people, they’re both making decent incomes, and they’re living in an RV; I’ve talked to people who are living in tents. The spectrum of people who are really without sustainable housing right now is growing, from seniors, to young people, to professionals with really decent paying jobs, and there’s just not any housing for them to even begin to find to rent, and then of course the cost of housing is so high. So our commitment is to make sure that we see, across Canada, more affordable housing, more housing that meets the needs of the region, we’ve left our plan open enough that different regions can decide what makes sense to them. We’ve also said that we want to see a $5,000 a year rent subsidy, so people who are struggling to pay the rent, and as we all know, so many rents are going very high, at least they can have a little bit of extra subsidy to stay in their house. And one of the other things that I think is really important, is we’re seeing across Canada, sometimes international organizations coming in to buy housing. So people who are not Canadian citizens, people who are not permanent citizens, in fact sometimes they are corporations… are trying to buy up (real estate). So that means individuals are in bidding wars, in some cases with corporations. So we want to add a 20 percent tax to those kinds of situations, so that those folks are having to pay a substantive tax that will help us with building more affordable housing.

VR: What is the NDP’s view on how to handle the COVID pandemic?

RB: The NDP pushed really hard during the last year-and-a-half to make sure that there are resources going to communities. For example, initially the plan around the CERB was to have $1,000 a month, and we pushed hard and got that up to $2,000 a month. We knew that people needed enough to live on, and that they didn’t need to be losing their homes during this time. The other thing that we felt was really important was the wage subsidy. Initially, the Liberals were saying that this should be a 10 percent wage subsidy. We saw other countries were going to the 75 percent wage subsidy and we pushed really hard to get them to understand that businesses across our communities needed to see that support, so they could make sure that they could make sure that people are working and stabilize their business because as we get out of COVID, which all of us are hoping to do as soon as possible, we need those businesses here so we can rebuild. A lot of businesses in this region gave me some great ideas about how they can innovate and how they can pivot what they were doing to meet the needs of our communities, so we worked really hard with them to get those things. So I think in the next little while… when we look at our communities, we’re getting the resources to the door that they need to rebuild. One thing I am really proud of, is we had the announcement that there would be a B.C. economic development office, instead of B.C. being lumped in with all the western provinces, with only one office in Vancouver. We worked really hard, wrote letters, had a lot of constituents support us, and now we know that in Campbell River, there will be a B.C. economic development office. I think that’s really important moving forward because it means we have people in our community, reporting right back to the federal government about the needs our community has, in terms of our own economic regional development.

VR: What would the NDP do to mitigate climate change?

RB: Watching the fires across our province has been terrifying. We now have had over the past several years, three years where huge fires have (burned) across our province which means there’s a trend, and that’s very concerning. So the NDP’s commitment is to continue to push hard in terms of reducing emissions. Canada is the only G-7 country where emissions have gone up. All of the rest of those G-7 countries have seen emissions go down. So we really need to see that commitment actually be followed, and a big part of that is the bill that came through parliament, the Climate Accountability Act. The NDP pushed really hard, it’s still not the gold standard we want, but the government’s proposal said, we’ll be reporting about how Canada is doing in terms of its emissions in 2030. The NDP said, ‘Not good enough,’ pushed that down to 2025, and actually got a report that is coming out in 2023. We also pushed that legislation to make sure that the panel of experts are not having to listen to the government but are way more independent so that they can actually report the information to Canadians which I think is absolutely important. Another thing that the NDP believes in, is we need to stop subsidies to (the) oil and gas industry and we need to reinvest that money in a more sustainable economy across our country.

VR: Finally, is there one topic that you would like to talk about?

RB: One issue that I hear a lot about from folks across the riding is the concern around reconciliation. A lot of people, Indigenous and non-Indigenous, have contacted me, both when I was the MP and now as a candidate, to talk about what reconciliation is going to look like and how we are going to find better ways to get this work done. A lot of concerns about what we found with the children’s bodies outside of residential institutions. People want to see that dealt with in the best way possible and also how do we build these relationships that are so important, and how do we look at justice for Indigenous communities. The NDP is committed to funding communities that are looking for children outside some of these institutions and making sure that there is a prosecution process as well. A lot of people want to know that the people who are responsible for this action are held to account, so we are looking into that as well. We’re also hearing from people from the riding talking about, ‘Why don’t Indigenous communities all have clean drinking water? Why do we still have so many missing and murdered Indigenous women and girls? How are we going to take these steps that need to happen to make sure there is a positive future that we can all be proud of?’ So that is something that the NDP is very committed to: addressing those injustices and finding a good path forward for everyone.”