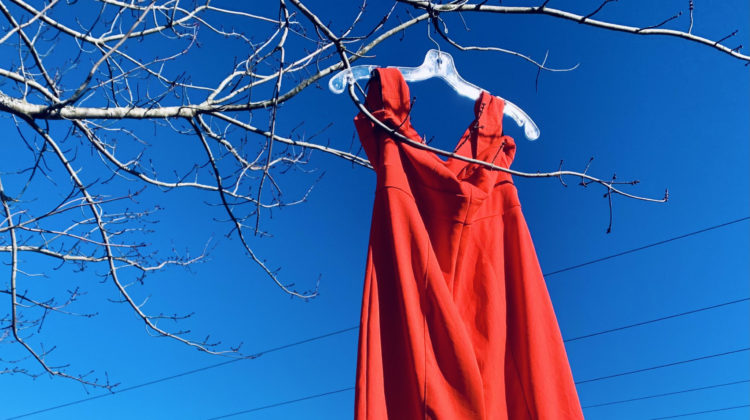 Red dresses continue to be hung from tree branches all over Canada, including here on the island, in an effort to raise awareness for missing and murdered Indigenous women (Photo: Ethan Morneau, staff)

The unsolved cases date back decades, but with help from the public, the Royal Canadian Mounted Police (RCMP) are hopeful they can bring the missing home and restore justice for the ones gone forever.

To coincide with the ‘Sisters in Spirit Vigil’ held by the Native Women’s Association of Canada, the RCMP launched an annual 10-week-long social media campaign on Monday (Oct. 4).

It’s shining a light on outstanding cases of missing and murdered Indigenous women and girls, revisiting these cold cases in hopes of uncovering the answers sought by families throughout Canada.

“This initiative is an opportunity for communities across the country to be involved by sharing information that may generate tips for investigating officers,” the RCMP said.

This year, six cases are highlighted, including Sarah Ovayuak from Tuktoyuktuk, Northwest Territories. According to the RCMP, she was 24-years-old when she disappeared in 1967 and hasn’t been seen or heard from since.

December of 1982 was the last month anyone saw or heard from Henrietta Mille from Newfoundland & Labrador, who went missing at the age of 25, the RCMP says.

At the time of her disappearance in 2008, Roxanne Isadore from Edmonton was 25-years-old, and in 2019, Samantha Hiebert from Powerview-Pine Falls, Manitoba went missing. She was 28.

“With the public’s help,” adds the RCMP, “we hope to bring these missing women and girls home, and seek justice and closure for families in unsolved homicide cases.”

To review all cases of missing women, or to submit a tip, the RCMP points to CanadasMissing.ca. As well, people can follow the Royal Canadian Mounted Police on Facebook, Twitter and Instagram to find more information about unsolved cases.