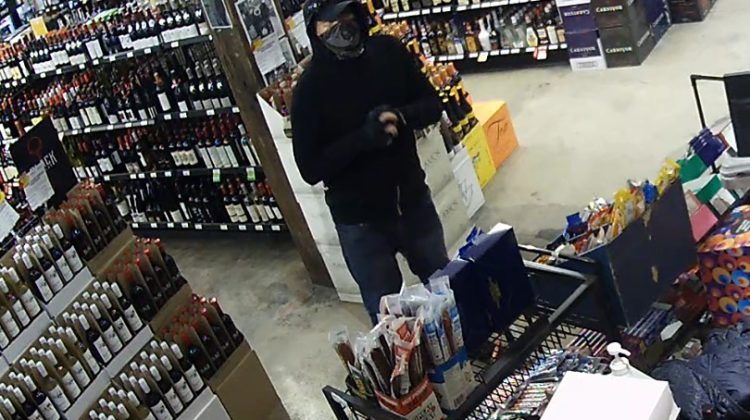 Powell River RCMP are trying to identify a man who robbed a liquor store last weekend.

Officers say an employee at the store told them an unknown man came in and demanded money. He then pushed the employee towards the cash register and made her open it, according to police.

RCMP say he took a handful of cash and fled, but dropped some on his way out the door.

He also had sunglasses on top of his hat, according to police.