Canada heading for COVID-19 resurgence led by Ontario and Quebec 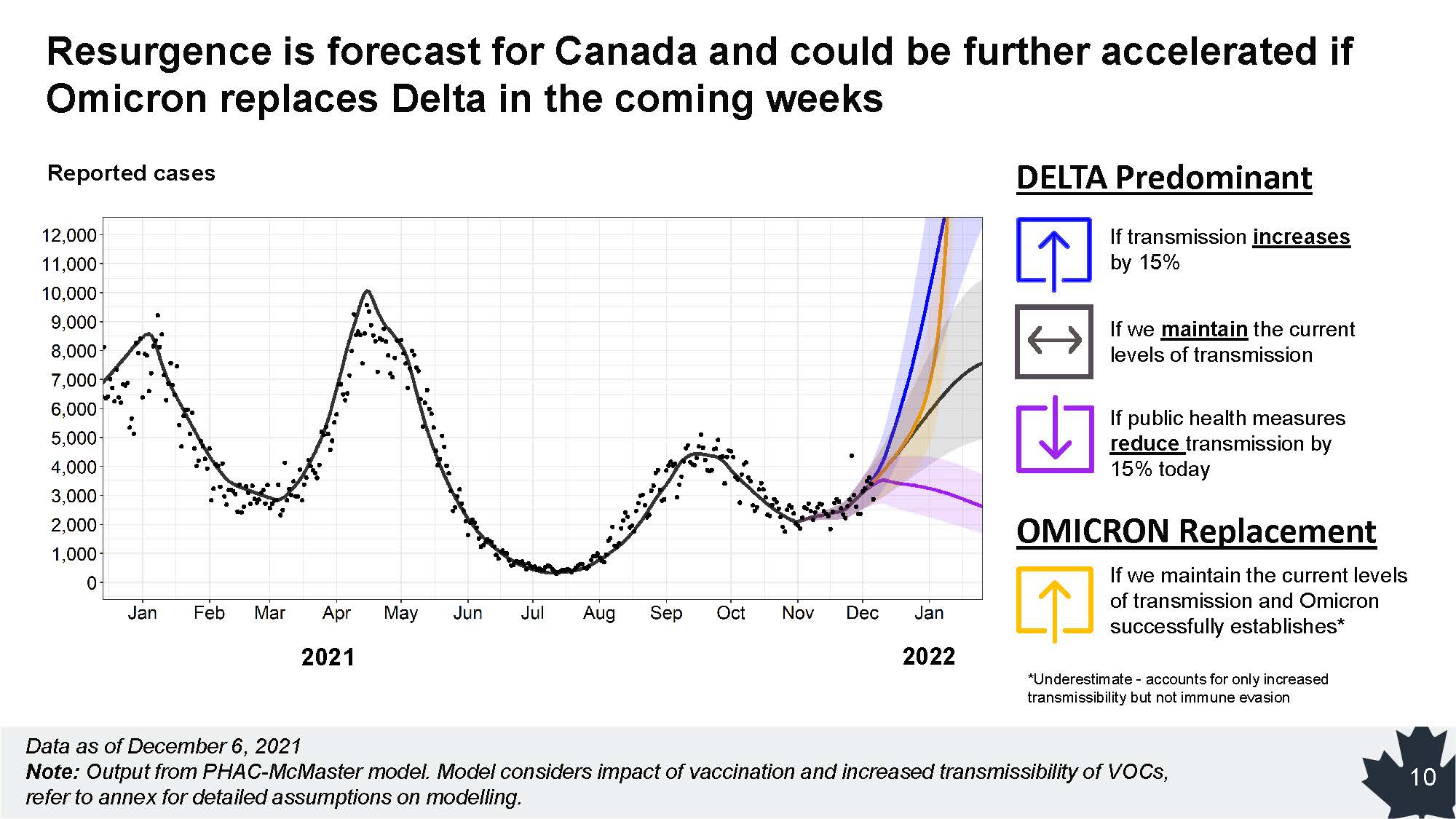 Canada is headed towards a worrisome resurgence of COVID-19 cases.

That according to the federal government’s new modelling released Friday which says the country’s disease activity is on the rise, mainly driven by Ontario and Quebec’s transmission rates.

Chief Public Health Officer Dr. Theresa Tam says Canada could see upwards of 12,000 daily cases by the start of January. Over the past week, there were an average of over 3,300 new cases being reported daily across Canada.

In addition, Tam says if we assume the Omicron variant is three times as transmissible as Delta and keep current levels of transmission, Canada can hit 26,600 daily cases in just over a month.

In the short term, she says daily cases are predicted to double by the end of next week if transmission remains the same.

Tam says the best way to reduce the impact through 2022 is by vaccinating more children and providing booster doses to adults. She says if we manage to cut down transmission by 15 percent, the country could stay put at around 3,000 daily cases by mid-January.

***With files from Mo Fahim