Todd Marzoff is determined to carry on his father’s legacy of integrity, quality, craftmanship and relationship.
BY DANIELLE STEINER 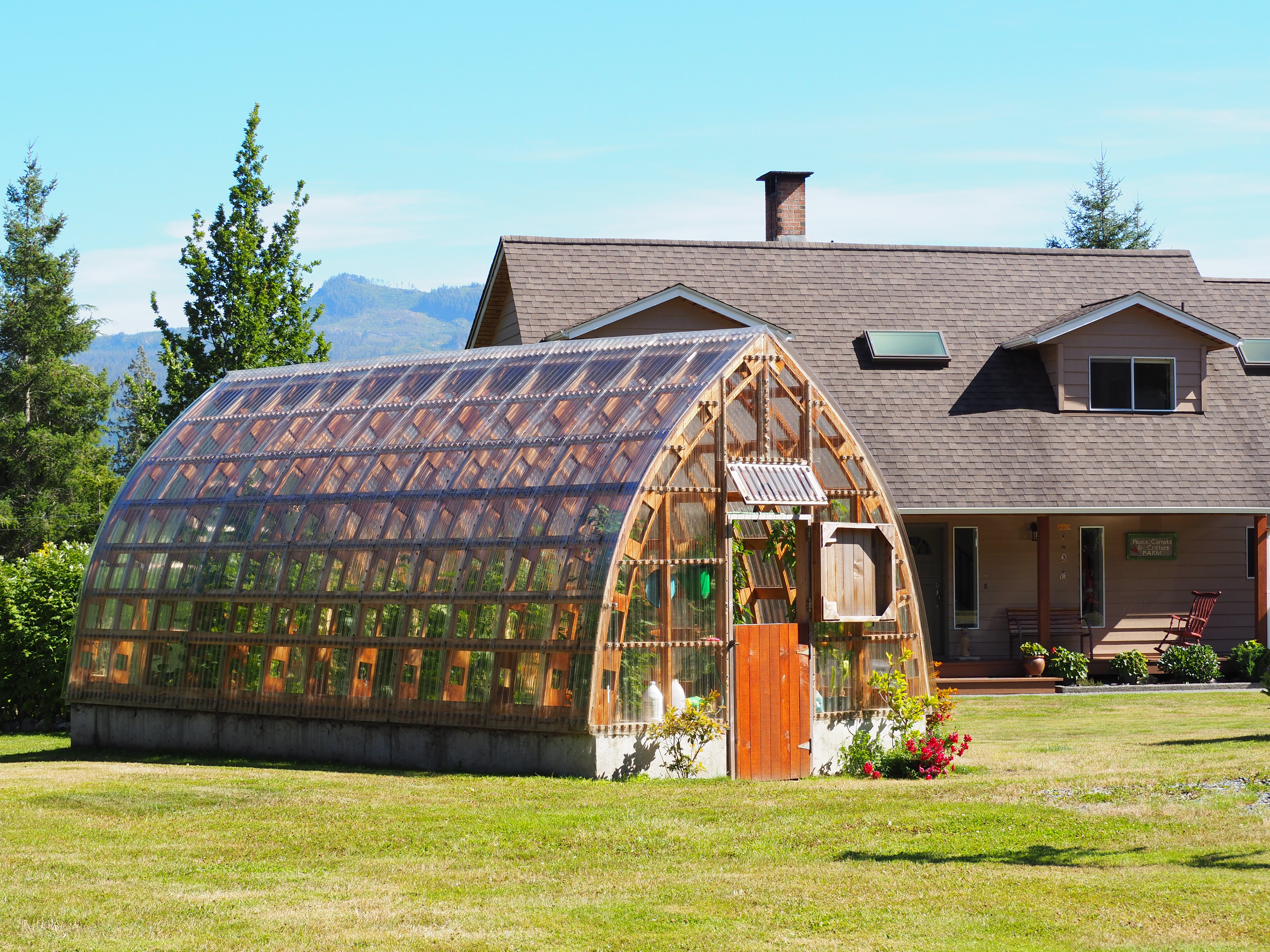 Integrity. Quality. Craftsmanship. Relationship. These are the powerful words that Todd Marzoff uses when describing the legacy of his father’s work that he is determined to continue in his business, Zoff’s Greenhouses.

It all began 40 years ago in Port McNeill. Todd’s parents, Joan and Ken, were avid gardeners in need of a greenhouse, so Ken set about building one that could house their growing vegetables. He created a beautiful and functional spruce greenhouse, but the footing was too low to the ground, resulting in a damp environment that over time, caused the wood to rot. Understanding his mistake, Ken rebuilt it a decade later, this time using hand-milled red cedar and building it on a higher footing to keep it from water damage.

That greenhouse still stands and is still being used now, 30 years later. Over the years, Ken built numerous greenhouses for friends and neighbours, but never pursued it as a business. But these days, despite being 74 years old and dealing with Parkinson’s disease and early onset dementia, he gets to be a part of watching his son Todd take his skills and knowledge of building greenhouses to build a viable business. 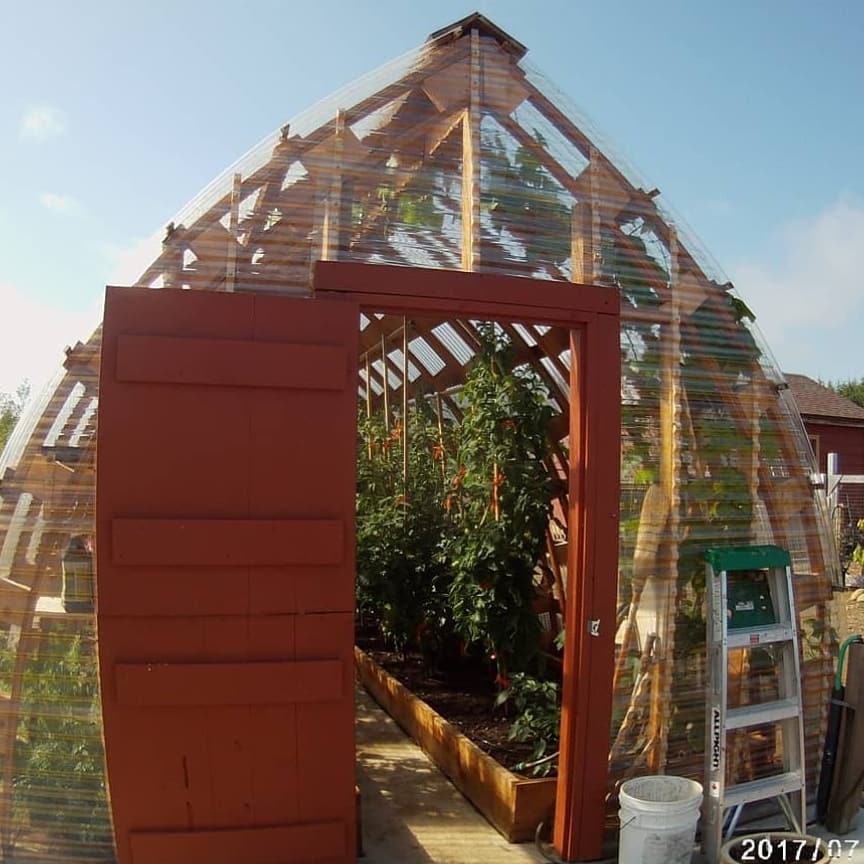 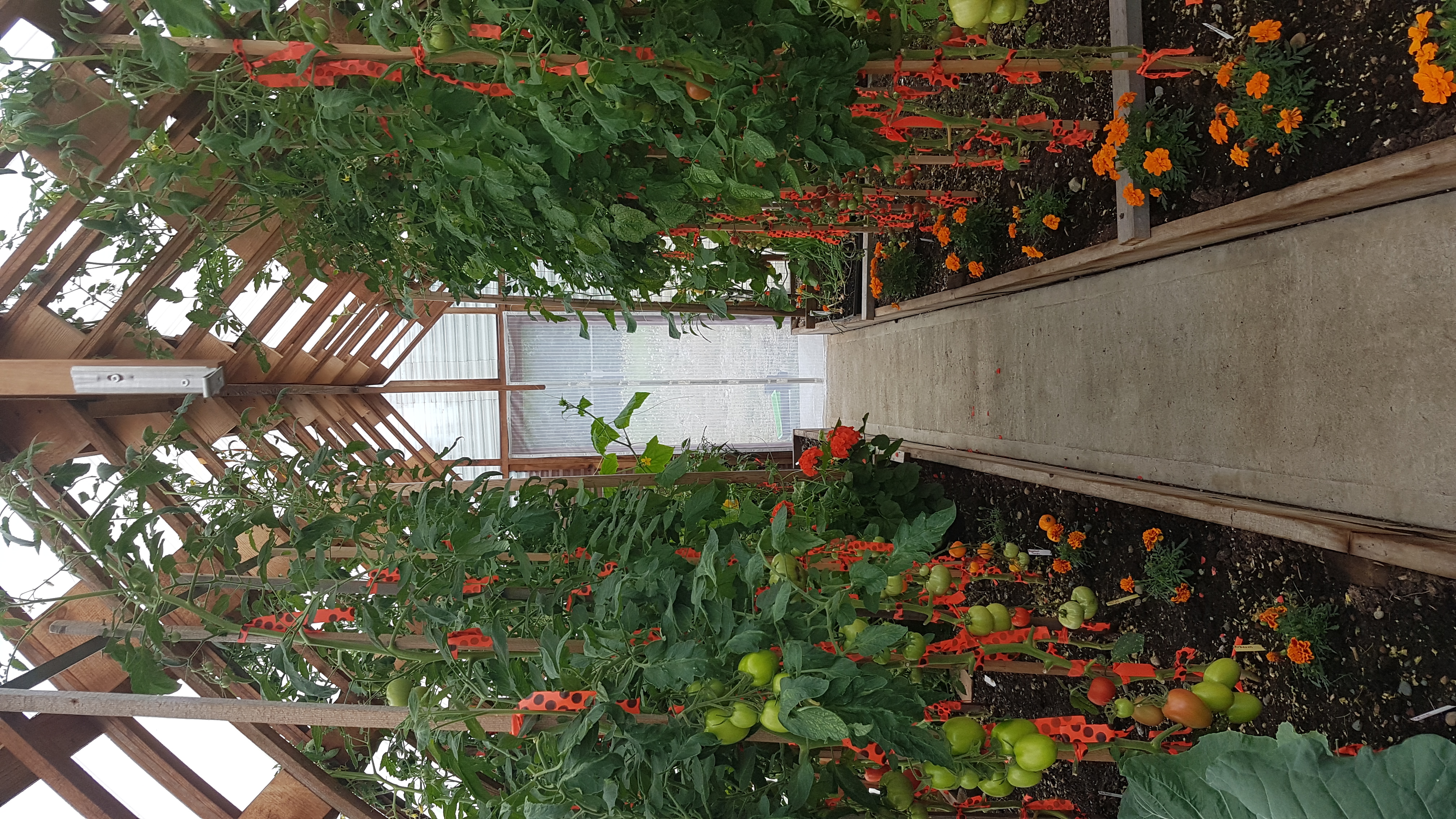 Just five months ago, Todd asked his father if he would help him build a greenhouse for a friend. They used their small Wood-Mizer sawmill and some yellow cedar logs they already had, which turned out to be the perfect choice for a greenhouse, as it’s known for both its beauty and durability. From that 12-foot-wide greenhouse came further interest for 8-foot-wide ones, and Todd now offers both sizes in any length, with the ability to be added on to later. These custom-milled greenhouses will stand up to the wet and windy conditions familiar to those of us who live on the wet West Coast. “They come complete with foundation, staining, door, window vent, ridge cap, polycarbonate UV plastic, and are fully assembled on site,” Todd says proudly. 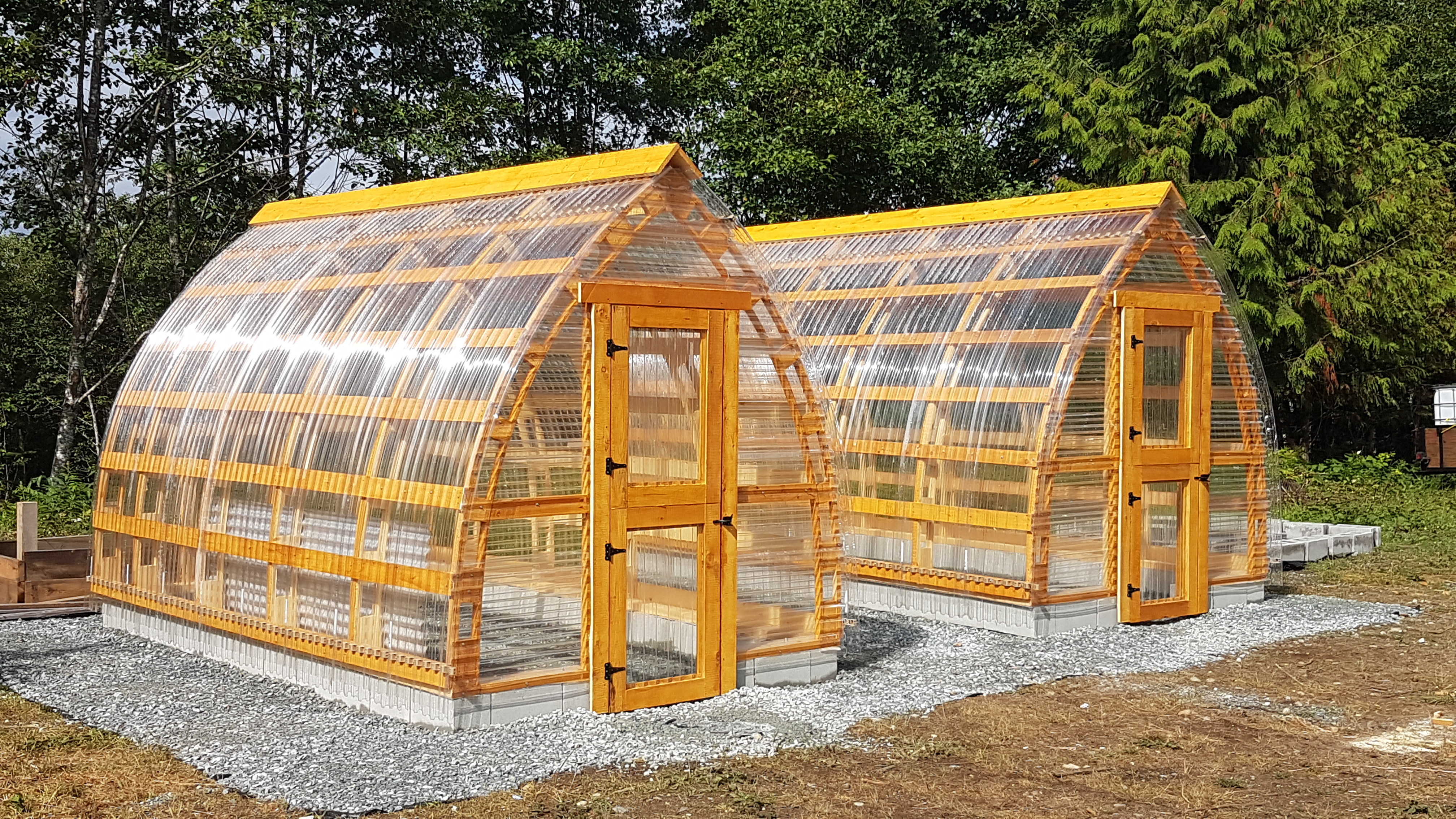 His family has a long history working in Vancouver Island’s forest industry, and Todd feels strongly about keeping and processing more of our wood here. “This is a small community, and I know everyone who handles the logs I purchase; from the faller who cuts the trees down to the loader operator who loads them onto the truck to the scaler who scales the logs,” he says. “It’s an amazing feeling to be working like this, supporting other businesses and having them support me.”

Todd has worked hard to build good rapport with those he works with, building relationships upon a foundation of honesty, trust and integrity. He values the ability to work closely with his family while being able to express his creative side and bring his visions to life. While he admits that starting a business without a prior business background is a challenge, he’s had many experienced people share their wisdom and advice to help him along his way. “I have lots to learn, but I’m willing to put in the work necessary.”

As for building upon his father’s legacy, you need look no further than the name of the business to see Todd honouring his father. “’Zoff’ is my father’s nickname,” Todd explains. “I wanted to name the business after him, because I have always looked up to my father. He is a man of integrity, and honest and genuine principles.” As Todd looks forward to developing the business, creating new products and employing others, he aims to build a company that people are happy to work for, one that his father will be proud of. 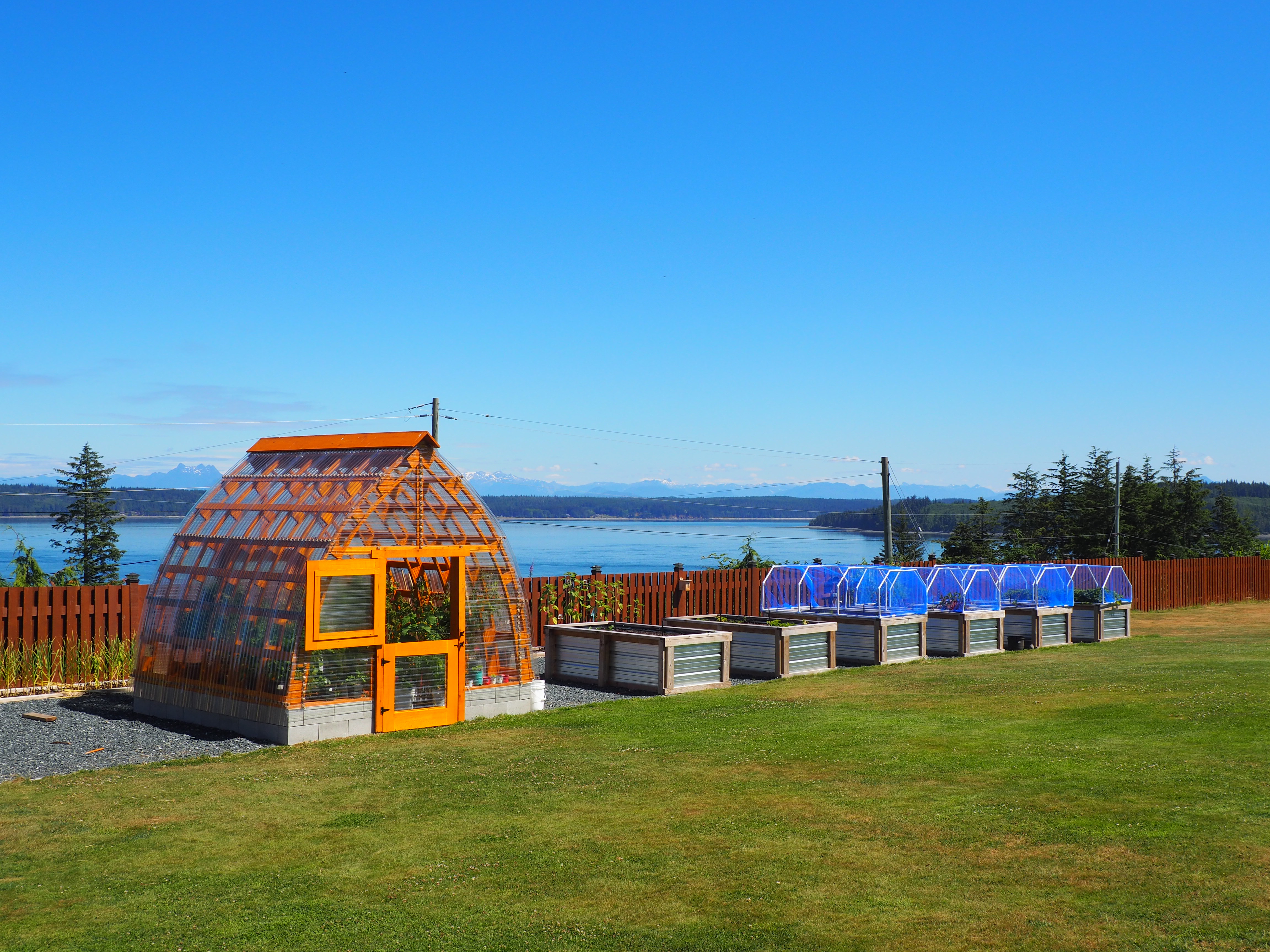 This article was originally featured on Edible Vancouver Island on September 10th, 2021.