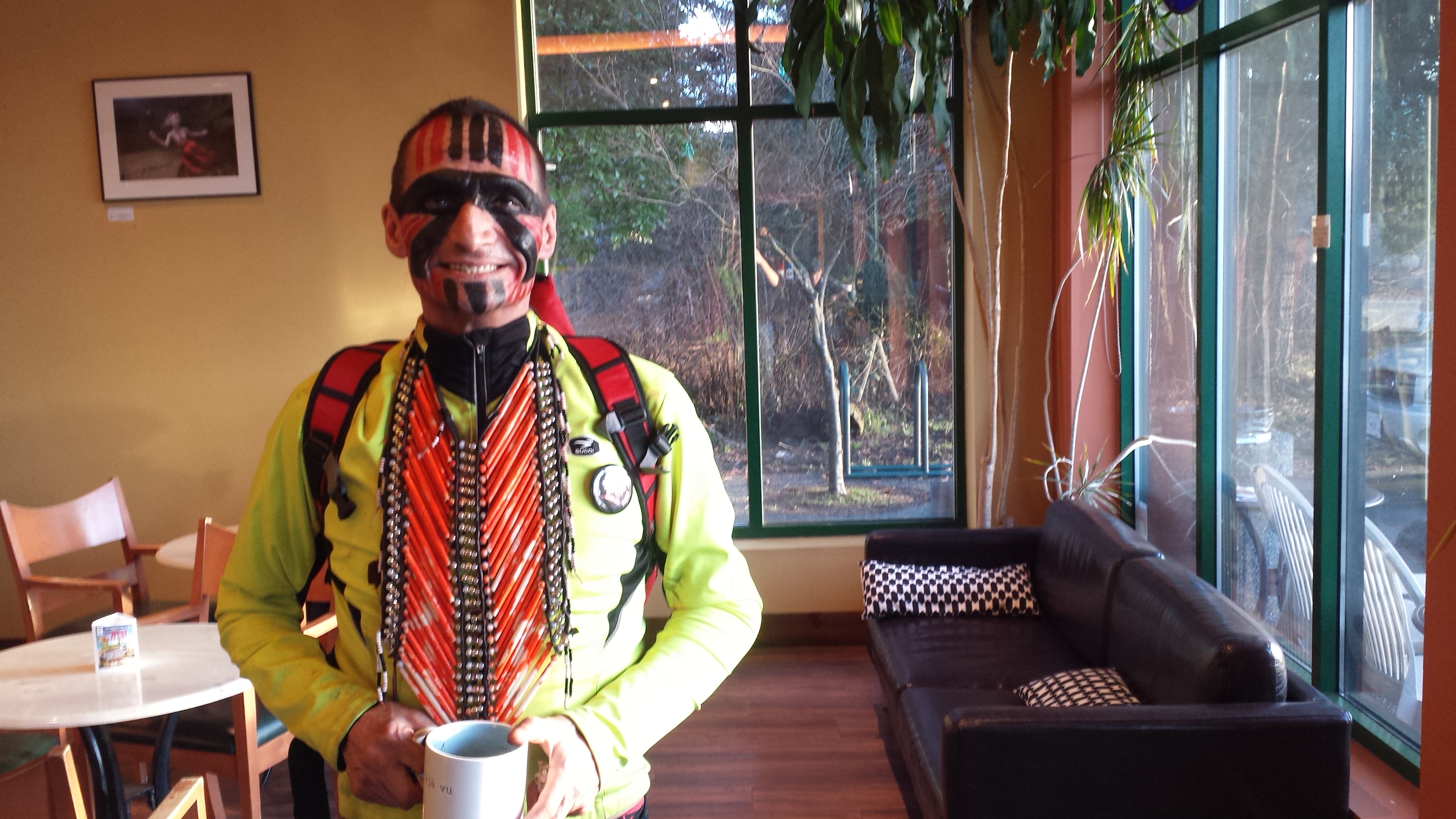 A man known as Caribou Legs is running across Vancouver Island to raise awareness about missing and murdered aboriginal women.

Brad Firth is a member of the Gwich’in First Nation, and is running all the way up to Port Hardy. Firth says after running across the country, he wanted to honour the native territories on Vancouver Island.

Firth says he’s looking forward to carrying out a strong message about such a serious issue.

Firth notes he’s not intimidated by the harsh weather conditions he may face during his run.

Firth will be heading up to Port Hardy, and says he plans to run across the arctic once this journey is done.

He’s also working to start up what he calls Mamma’s Boys clubs throughout Canada – pushing respect for women and mothers across the country.