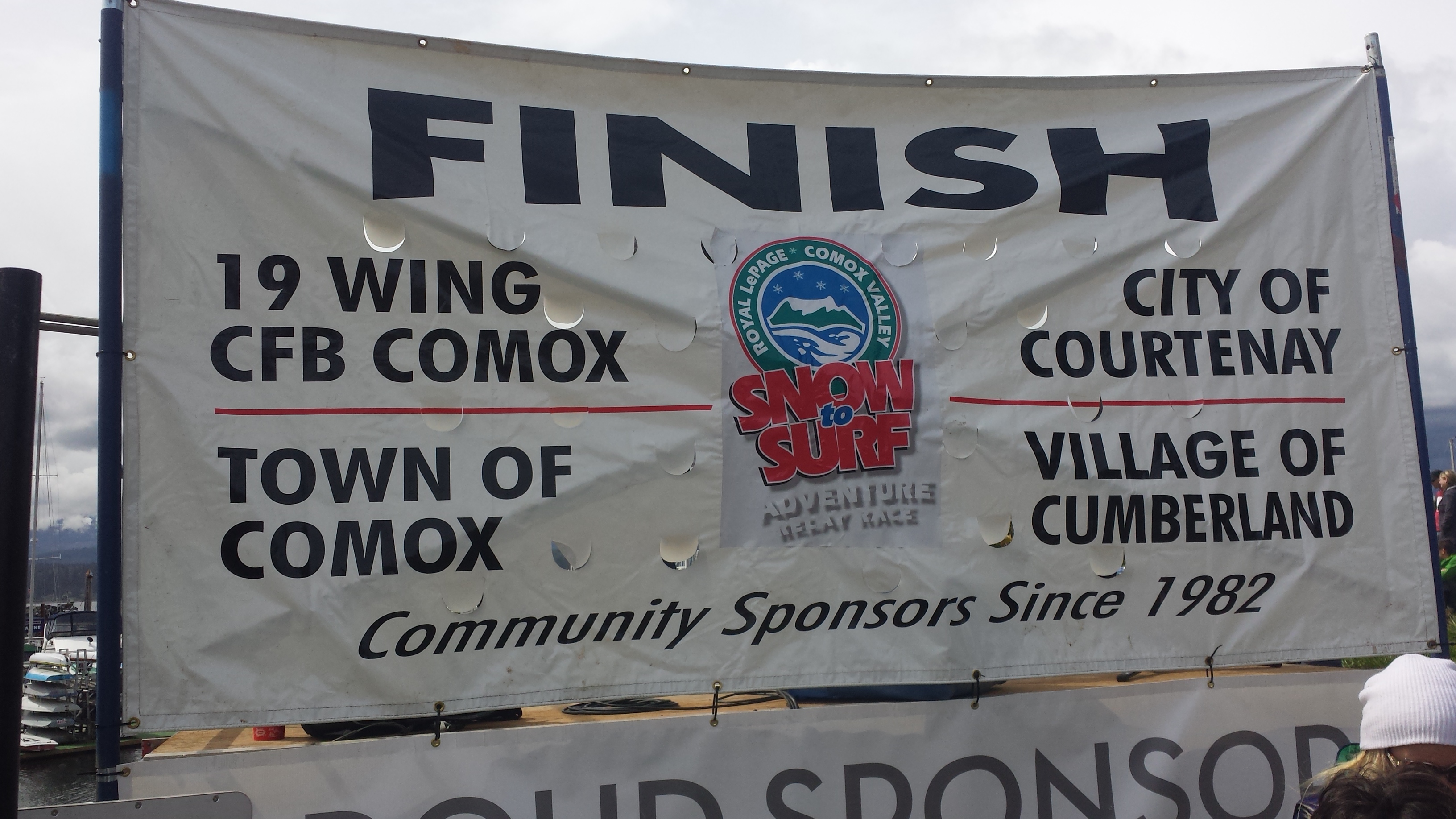 Another Royal LePage Snow to Surf Adventure Relay Race is in the books! This year marked the event’s 35th anniversary. Numerous competitors from across the region and the country took part.

Peter Gledhill, a last-minute addition to Cona Hostel, who finished in 8th place, says it was a thrill to be a part of the event, which he participated in last year.

He says that, “…it doesn’t matter what training you do, as long as you have fun.”

Ski and Surf Shop Tsunami came out on top, finishing in first place. Over 30 teams took part. The relay race consisted of various legs including cycling, running, and canoeing with the course running from the top of Mount Washington all the way to the Comox Marina in the Comox Valley.