Three Tla’amin Nation members presented with Freedom of the City 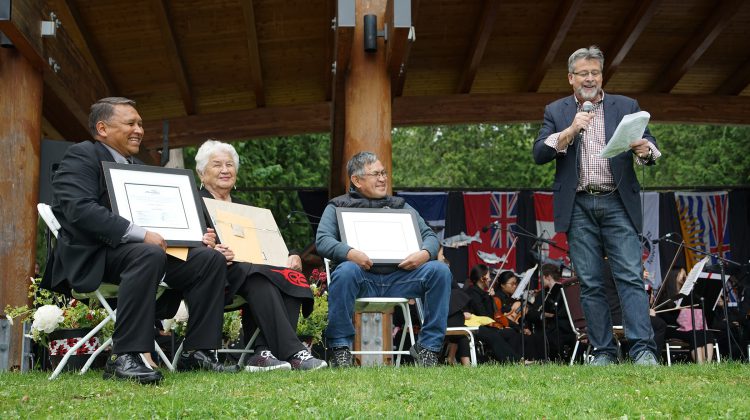 Three people have been honoured with the Freedom of the City from Powell River.

Doctor Elsie Paul, Hegus Clint Williams and Roy Francis of the Tla’amin Nation were presented with the honour at the PRISMA celebration at Willingdon Beach.

Mayor Dave Formosa says both Williams and Francis were recognized for their leadership, vision, and hard work which led to the Tla’amin’s final agreement and self-government.

He says Paul was chosen for her work on relationship building and her work in the community, “Elsie’s fingerprint on Powell River will be here forever.”

Formosa notes that the Freedom honours must be approved unanimously by council before they can be awarded.