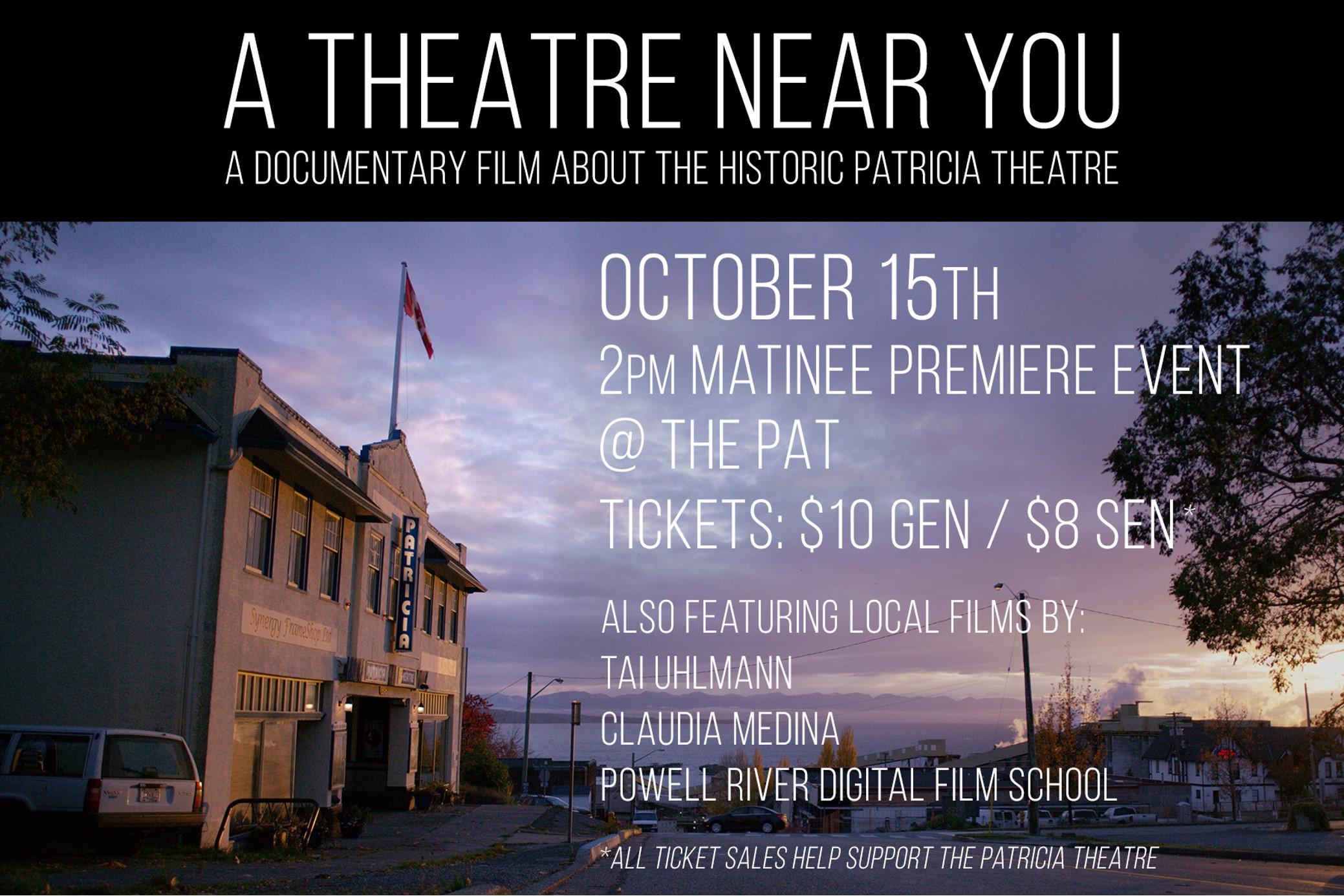 A documentary covering the history of the Patricia Theatre in Powell River is set to premiere this weekend.

Filmmaker Greg Bartels says the film, titled A Theatre Near You, has been a labour of love for over a year. He says the Patricia has the distinction of being Canada’s longest continuously running movie theatre.

“We found out that the community had to band together to raise money to get it [the theatre] into the digital age because 35 millimetre was kind of going out of style and everything was moving into digital and it needed 90k, and the theatre doesn’t generate a huge amount of revenue so it was really the community of Powell River that came out to save it. We really wanted to tell that story.”

Bartels says their film was funded through a CRTC grant that funds filmmakers in BC and Alberta.

He adds that Ann Nelson from the Patricia Theatre was a huge help in putting the film together, referring to her as their ‘producer on-location’.

A premiere event of the film goes on Saturday, October 14th at 2 PM at the Patricia Theatre. It will serve as a fundraiser for the local theatre.

For more on the Patricia Theatre, visit patriciatheatre.com. For further details on the documentary, go to atheatrenearyou.ca.