Snow still in the forecast for Vancouver Island 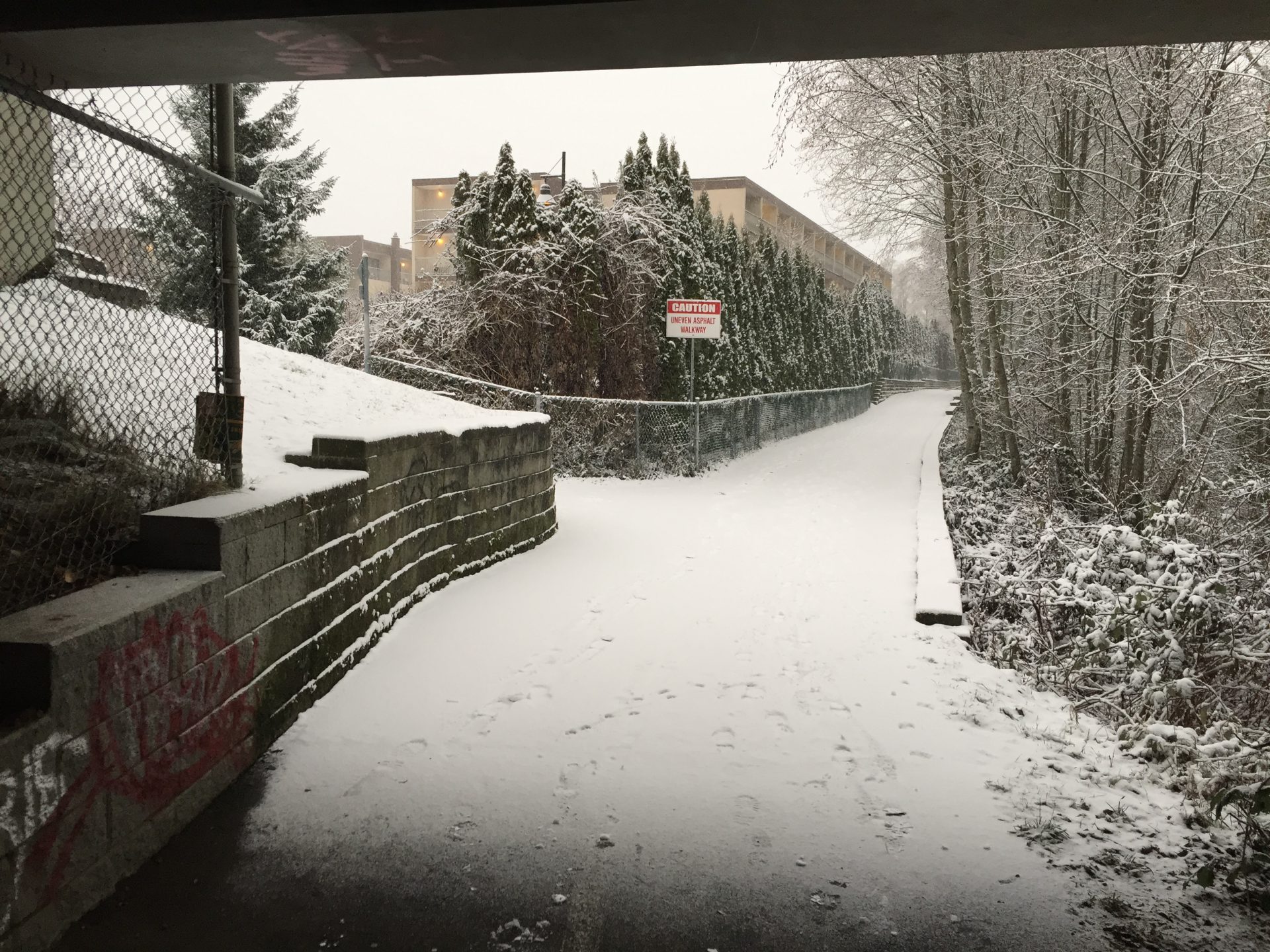 Story by Justin Goulet, 98.9 The Goat

COURTENAY, B.C.- Parts of Vancouver Island saw a white Christmas this year, and the snow might not be done falling just yet.

Environment Canada meteorologist Cindy Yu said that because temperatures have been “cold enough in the last couple of days”, they are predicting periods of snow for Vancouver Island this week.

Yu said even with a chance of snow in store for the region, temperatures on the coast could slightly rise, creating a mixture of snow and rain.

She noted that Powell River could see five to ten centimetres of snow overnight. However, that amount may be affected with rain thrown into the mix.

“We are dealing with a couple of weather systems between now and Saturday,” said Yu.

“It does look like we have a ridge of high pressure building for Sunday and Monday, so hopefully as we head into New Year’s Eve and the first day of 2018, we will be dealing with nothing but clouds, and hopefully dryer weather.”

A special weather statement has been issued for Powell River, and areas of Vancouver Island.

“Snow is expected to change to rain through the day over Vancouver Island and parts of Metro Vancouver on Thursday,” read the statement.

“Amounts are expected to be highly variable with amounts of 2 to 5 cm near the Coast ranging to possibly as high as 10 cm or more over inland areas. Amounts will vary depending on how quickly the warm air advances and the timing of transition to rain.”

The following areas were affected;

Yu said she doesn’t consider the recent weather events to be abnormal.

“I think overall, what people really should do is prepare for more extreme weather events,” she said.

“I don’t know if that’s becoming more normal but there is certainly a possibility that it will happen in the future, more extreme weather events, whether it be a lack of precipitation or an excess amount of precipitation.”

Yu advises residents to be extra cautious with a possibility of freezing rain. If that does happen, it could freeze roads and walkways.