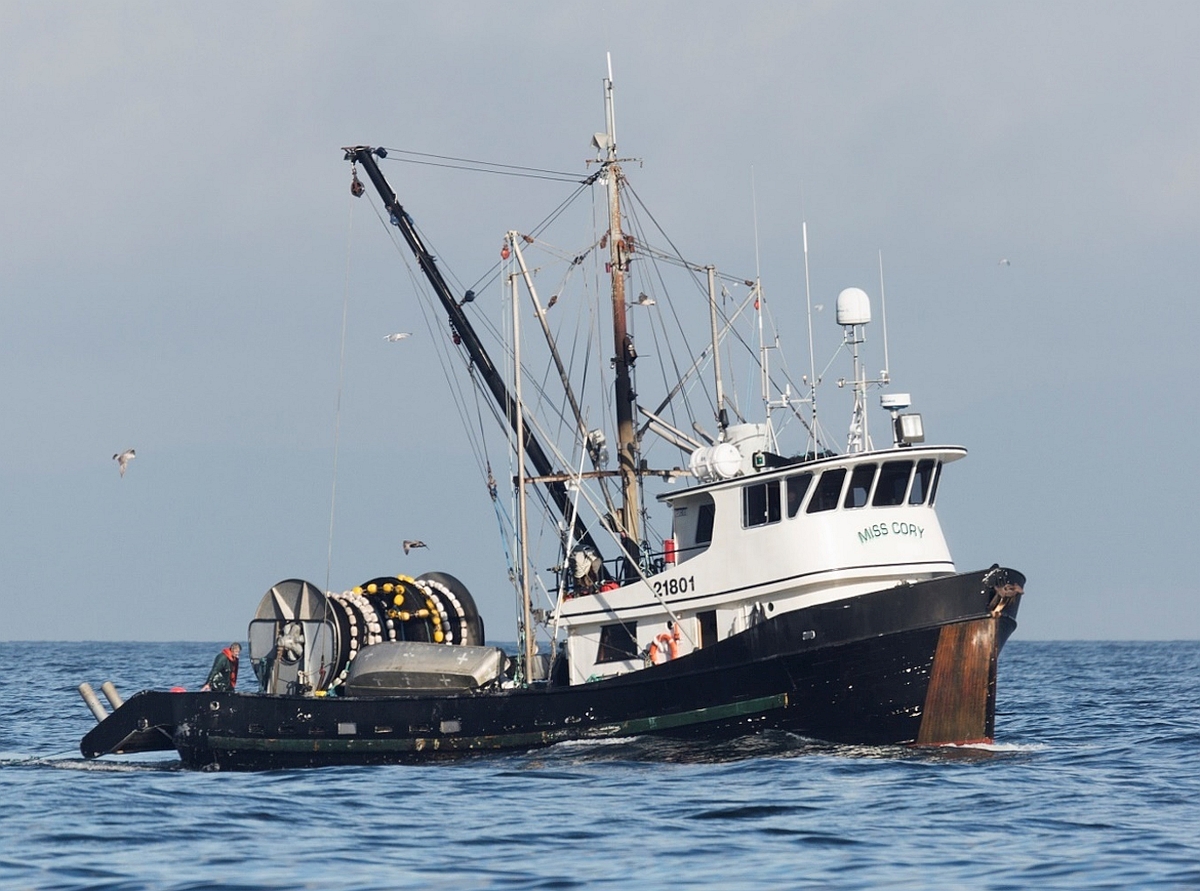 COMOX, B.C- The chain of events that led to a fishing boat sinking off Cape Lazo have been released.

Back on March 6, 2017, the Miss Cory had been fishing for herring in the Strait of Georgia after sailing out of Comox for the fishery opening that day.

The fishing boat was 19.5 metres in length, and based out of Prince Rupert. It had sent out a distress call around 4:30 p.m. in the afternoon, at a location around five and a half kilometres out from Cape Lazo.

At the time of the sinking, four crew members were rescued by a nearby vessel, the Proud Venture. One person was unaccounted for and declared missing.

Coast Guard vessels were dispatched and a Cormorant was sent from CFB Comox to assist with search and rescue, with the search called off around 8:30 p.m.

According to the Transportation Safety Board (TSB) investigation, the five crew members were a master, an engineer, a cook, and two deckhands.

The missing engineer was presumed drowned.

“After a successful catch, the crew lifted the net using the vessel’s boom to transfer the fish from the net into a packing vessel,” read a news release from the TSB.

“While waiting for additional packing vessels to arrive, the vessel leaned to starboard to the point where the vessel’s rubbing strake was submerged. Water likely entered the vessel from behind the rubbing strake, making its way into the aft hold and causing further leaning to starboard. The crew unsuccessfully attempted to dewater the vessel, unaware that a capsizing situation was developing. The crew on deck abandoned the vessel in the final seconds before it capsized and sank. The engineer, who was below deck, was possibly unaware of the situation and was unable to escape the sinking vessel.”

The investigation found that the combined weight of the fish and downflooding of the Miss Cory’s compartments caused it to “heel over” and capsize.

“The attention on the task of dewatering the vessel likely affected the master’s ability to maintain situational awareness and make use of alternate strategies to manage the vessel’s stability or initiate procedures to safely abandon ship,” read the report.

“The vessel had not undergone a stability assessment for operations using its boom. As such, there were no means for the master to recognize that the vessel would rapidly capsize with a boom load of 5-7 long tons.”

The investigation also found that there were no procedures for the safe operation of the vessel, or for dealing with emergencies. Emergency drills were not practised on board, though there was discussion of the muster list and emergency duties.

“The uncoordinated abandonment of the vessel led to one crewmember remaining in the engine room when the vessel capsized, who was subsequently reported missing,” stated the news release.

“If formalized emergency procedures are not practiced in drills, there is a risk that an emergency response will be delayed or uncoordinated, potentially endangering the safety of the crew and the vessel.”

After the sinking, there was a code of best practices developed by Fish Safe for the roe herring fishery, in order to address unsafe work practices.

WorksafeBC will be enhancing their inspections in the commercial fishing industry, with a focus on vessel stability documentation, emergency drills, and procedures.

Main Image Caption: A photo of the Miss Cory included in the TSB report.

Sunken boat near Victoria ready to be removed from the water