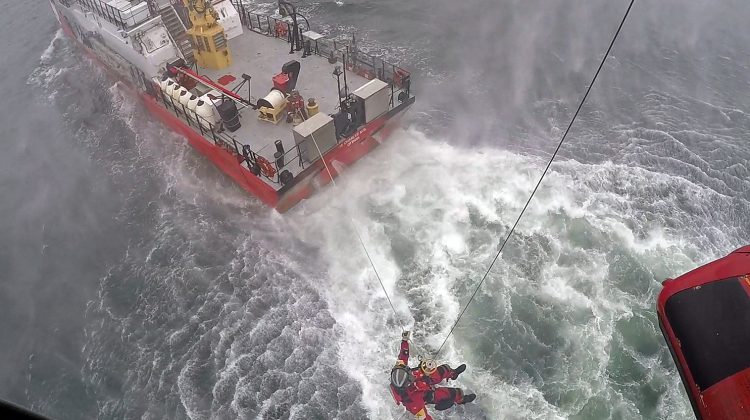 According to a news issued by 19 Wing Public Affairs, the squadron was tasked by the Joint Rescue Coordination Centre (JRCC) out of Victoria to help a Coast Guard ship with a medevac of a patient who had been involved in a boating accident.

The patient was the operator of a small vessel that had run aground at Bligh Island, in Nootka Sound. They had suffered serious injuries, which required hospitalization.

A CH-149 Cormorant helicopter was sent to respond to the scene. Two SAR techs were lowered to the ship to prepare the patient for the transfer, and the patient was hoisted into the helicopter.

The Cormorant then brought the patient to Victoria General Hospital.