Fireworks show going ahead as planned, despite concerns over orca 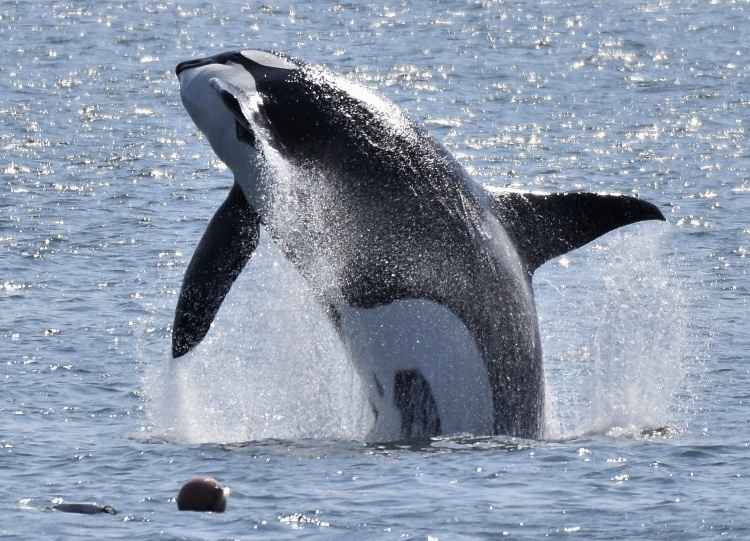 Story by Troy Landreville, 98.9 The Goat

COMOX, B.C- For the time being, the Nautical Days fireworks display is going ahead as planned, despite concerns of the welfare of a male orca swimming in Comox harbour.

The ocean-advocation group  Lifeforce Ocean Friends said that the fireworks planned on Monday night over the harbour could pose an issue for the animal, known to authorities as Alaskan Transient T073B.

““This orca has brought a rare opportunity for the citizens of the Comox Valley and elsewhere to enjoy the beauty of wild orcas”, stated Peter Hamilton of Lifeforce Ocean Friends, in a release. “We owe it to him to stop a dangerous night time congregation of boaters that could harm both him and boaters.”

“We’re waiting to hear from DFO (Department of Fisheries and Oceans) and we’ll follow their direction in that regard,” Ives said.

I think the main concern that was raised boat traffic to see the fireworks, (and) not the fireworks themselves. They may be able to deal with that by having some restrictions on where boats can go. We’re not planning any changes at the moment. If we need to, we will, but that’s status quo for now.”

Hamilton said the boaters would be where the orca has been travelling, adding that the orca appears stressed and exhibits agitated and aggressive behaviours.

“His unpredictable behaviours poses a threat to himself from injuries such as life threatening propeller injuries and threats to boaters from collision and other interactions. He has recently grabbed a sailboat anchor and briefly towed it around.”

The orca has been seen swimming alone in the harbour since July 23.

DFO whale researcher Jared Towers said it is very atypical for an orca to be consistently in one location.

“For a killer whale it is unusual (to stay in one place for a long period time),” Towers told MyComoxValleyNow.com on July 27.

“Killer whales are typically on the move and this whale has been there since Monday afternoon. If he was in the area for just a few hours that would be something we wouldn’t worry too much about. We’ve given him a few days to leave the area and he still hasn’t so it has become more and more unusual all the time that he’s still there.”