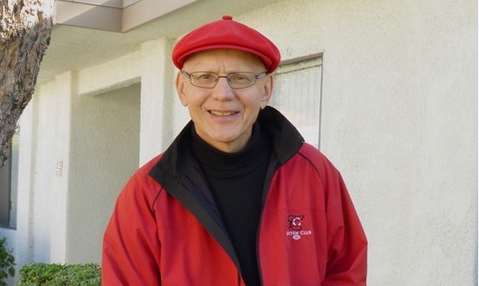 Ron Woznow is running for mayor of Powell River.

POWELL RIVER, B.C. – Ron Woznow’s friends told him that he’d be a strong candidate for mayor of Powell River.

Woznow has thrown his hat into the political ring and is aiming for the mayor’s seat on municipal election day, Saturday, Oct. 20.

“Last December a group of friends that I’ve worked with on a volunteer basis asked me if I’d run (for mayor),” Woznow said. “They thought my experience professionally and as a community volunteer would make me a good mayor.”

Based on his experience, Woznow believes he has the political acumen for the job. On his website, he notes that, as the former president of the South Armour Heights Ratepayers Association in Toronto, he “spent many hours working with Council addressing Committee of Adjustments, Notices and Hearings, communicating with City Councillors on neighbourhood issues, and updating residents on local issues through public meetings and newsletters.”

“I’ve had a long… probably 40 years experience in trying to make the communities in which I live a better community,” Woznow said.

“I’ve worked with all levels of government; I’ve been very effective at working with people across political spectrums (and) across different age groups to make good things happen,” Woznow added. “I’m comfortable working on any type of a challenge with a wide variety of people.”

The 70-year-old is retired and says that he has dedicated much of his time to volunteering in Powell River.

“And I enjoy working with people from diverse backgrounds who just want to make good things happen.”

Woznow is running on a platform of job creation.

“Powell River has a lot of young people who have gone away and would love to come back here to work,” he said. “I think there should be a lot of effort into bringing a sawmill back. The major threat to the pulp mill here is lack of fibre, and having a sawmill here would be a great approach to solving that fibre problem.”

And so, as a former CEO of a technology based company, Woznow would also love to see Powell River grow into a software development hotspot.

“Whether they’re doing software development for lawyers, gamers, or next generation of Angry Birds, there’s a lot to offer,” Woznow said.

Woznow knows Powell River. He’s been living in the community for seven years and 30 years prior to that, he was a regular visitor because he had a little cabin on Hardy Island.
“I got to know a lot of people in Powell River so it was a no-brainer when it came time to retire,” he said.