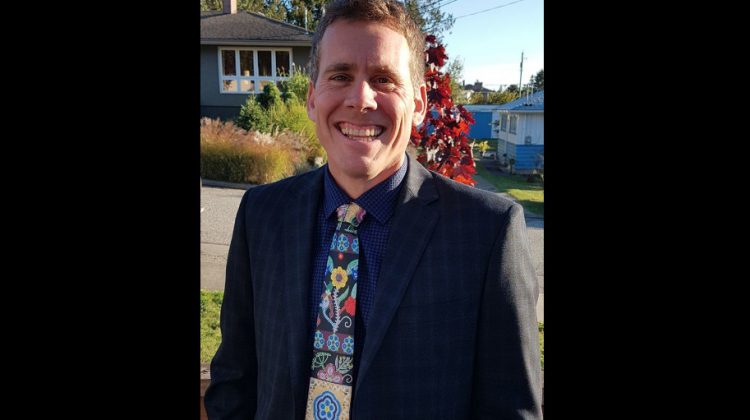 The former City of Powell River councillor has been appointed the new Chief Administrative Officer, replacing Mac Fraser, who is retiring next month.

Brewer decided not to run for re-election in October’s municipal vote, but wanted to keep working for the community.

“I had always sort of joked that I wish I could be a councillor full-time or serve the community in some kind of capacity on a full-time basis and when I knew it was coming up, I realized that’s probably where I’d like to land, so I decided to give it a shot when it (the position) was advertised,” he said.

Brewer noted that his background as a chair for the city’s finance committee would be an asset for him in the new role.

“I’m familiar with how city hall operates, I’m familiar with mayor and council, a lot of the senior staff and the other stuff, and a lot of our partners that we work with. I will be able to hit the ground running without too much of a learning curve,” he said.

“Of course, I know there’s going to be a lot to learn as well, but I’m looking forward to a little overlap with the existing CAO Mac Fraser before he retires and for the first week or so after I start.”

“I’ll serve a bit as a liaison between implementing vision and policy on the part of mayor and council and operationalizing that, so I’ve got a very open and transparent approach to managing issues, people and initiatives and I hope to bring some of that to this position,” he said.

One of the items Brewer discussed with MyPowellRiverNow.com was the proposed increase to the city’s purchasing policy.

The purchasing policy provides a guideline on how purchases should be authorized for city duties, and how the sourcing of goods and services is completed.

“If people are worried or wondering about that, definitely take some time to look at the staff report on it because it was a great staff report outlining what some of the changes are,” he said.

“Some of it’s house-keeping, some of it’s increasing the limits for different staff and management in terms of purchasing and requisition limits and such, bringing it more in line with other jurisdictions.”
He said a lot of the proposed changes are about improving efficiencies in purchasing.

“There’s no less accountability in the processes of purchases, it’s just much more efficient and it will free up time for staff and the finance department to actually focus on other strategic and operational initiatives,” he explained.

Brewer also touched base on an issue regarding an illegal section of road.

The city has been issued an order by the province’s Agricultural Land Commission.

The order states that the city is contravening provincial legislation on the use of land in the Agricultural Land Reserve (ALR), because of a section of roadway built on Hemlock Street.

The roadway is off Timberlane Avenue, with a curve at the bottom that loops around to the other side of the street. The loop is the section of road in focus, as it’s been built onto ALR land.

“It probably makes sense for the city to try and appeal it if there’s a case to be made for an appeal and if not, to implement the remediation order as best as possible and as cheaply as possible while still meeting the objectives of the order.”

Brewer said removing the section of roadway is possible, but there would be high costs associated with that work.

“If that is the route chosen by mayor and council, to appeal the remediation order, if it’s successful, that’s great. If not, then we’ll have to carry on with implementing the order as best as we can. I’m sure that there’s going to be a report with some options coming to mayor and council in the near future on that,” he stated.

The city had 60 days to appeal the order from that date of issue. There has not been a date set for when council will receive a report with further options.