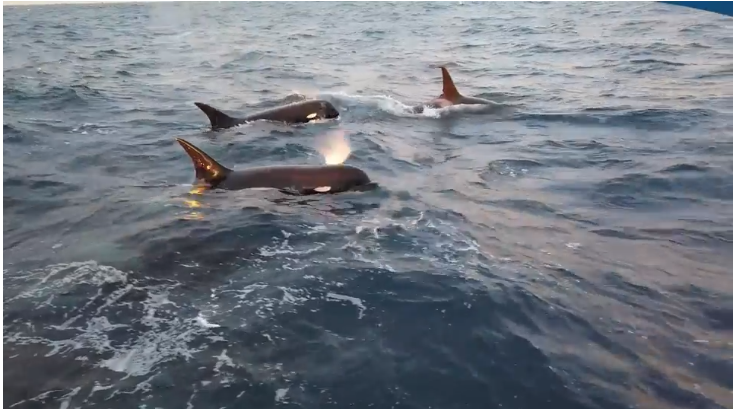 Photo taken by the National Oceanic and Atmospheric Association

An expeditionary force led by The National Oceanic and Atmospheric Association (NOAA) traveled to South America in January to find a new species of killer whale known as “Type D”.

The whale had been documented in photos back in 2000, but has eluded researchers since.

Killer whale ecologist Jared Towers works out of Alert Bay in British Columbia, and he says it took a lot of effort to locate the whales.

“The main purpose of the trip was to find them and (get) biopsy samples so that we could have genetic data to verify if this might be classified as a new species.”

“These animals look very different from other types killer whales in a lot of different ways,” Towers said.

The new orcas have a more rounded head, a pointier and narrower dorsal fin, and a very small white eye patch which sets them apart from the other species.

Towers says that not only was the trip a great experience, but this could be a huge discovery.

“Whatever we learned about this population kind of informs what we know about killer whales globally, especially about their evolution and ecology.”

“If the geneticists and others in our field agree that this does classify as a new species, if it meets those criteria then its probably going to be the last large mammal to be classified on the planet.”

The NOAA says a possible name for the new species could be the sub antarctic killer whale because it briefly describes their habitat- the offshore waters near Antarctica, but doesn’t include the coldest areas.

Over the next few months, the DNA samples collected should reveal just how different the Type D is from other killer whales.