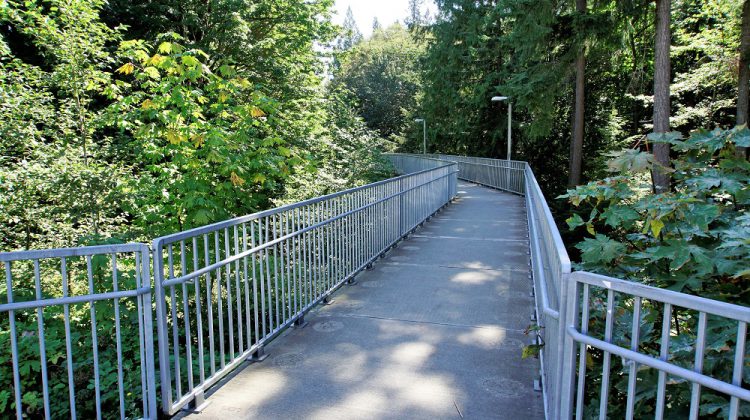 The McGuffie Creek pedestrian bridge is getting repaired starting Monday.

The work is expected to last until Halloween. During that time the city says there’s either going to be a partial or a complete closure of the bridge. Barricades and signage will be in place to prevent people from entering the area or the trails under the bridge.

The city says the work has to be done because of excess corrosion over the last 15 years, but no structural modifications need to be done at this time. A report analyzing the corrosion concluded that the bridge has another fifteen years before structural work is needed. That is, “significantly less than an expected life span of 80 years for a bridge of this type,” according to the report.

The closure will, unfortunately, affect the Terry Fox Run on Sunday.

“The run will go on,” said organizer, Leslie Paul. “The bridge has always been part of the Terry Fox Run in Powell River. This year will be a slightly altered route, but we’ll still start at the recreation complex.”

The city says Sinco Gates and Metal Fencing Art, the company doing the work, is going to be using some new technology. The new technology combines mobile abrasive sand-blasting with a method that burns off the rust prior to the immediate application of zinc for anti-corrosive protection.

The city says that method is much better for the environment than water-blasting since there’s “no need to capture and treat the run-off from affecting the environmentally sensitive area of McGuffie Creek.”

The Port Coquitlam company’s contract to do the bridge work is worth $200,000.