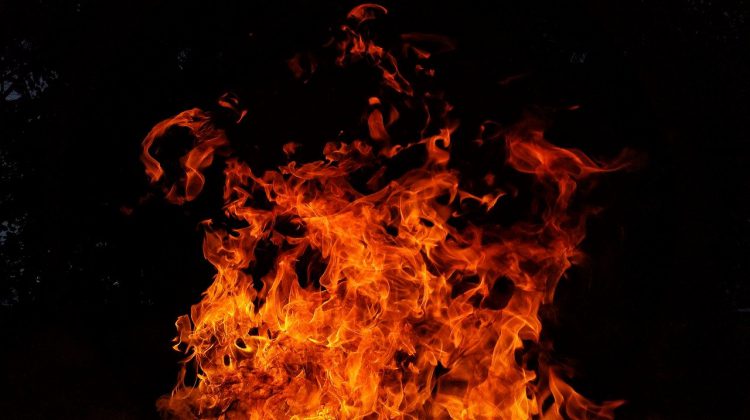 A fire in Wildwood, north of Powell River has destroyed a large barn.

The fire broke out early Saturday morning around 1:00am in the 6600 block of McMahon Avenue.

The 200ft by 50ft building was completely engulfed in flames when crews arrived.

Deputy Fire Chief Rocky Swanson says the fire was too dangerous for crews to enter so they had to put it out from the outside only.

“We couldn’t put it out fast enough to save the structure. The heavy steel beams that are two and a half feet through, were bending massively. The complete structural integrity of that structure was compromised by the time we arrived on the scene,” says Swanson.

“A very very dangerous situation. We could not place firefighters inside the structure. We had to stay on the outside and do what we call, “surround and drown” to prevent that fire from spreading to the residence or the barns, which we were successful in doing.”

Swanson added that the quick and effective work by fire crews and Captain Bill Grantham ultimately stopped the fire from spreading.

“Outstanding job on his part, putting three different attack teams on that fire with high winds in order to prevent that fire from spreading to those barns-which was the direction the wind was going- is a testament to the tactics and strategies he implemented.”

“A real coordinated effort with all the emergency services. The way captain Duntham implemented his tactics was the real reason we were able to save those structures.”

No one was injured in the fire but some chickens were killed. Swanson says the fire was caused by a faulty machine stored in the building.