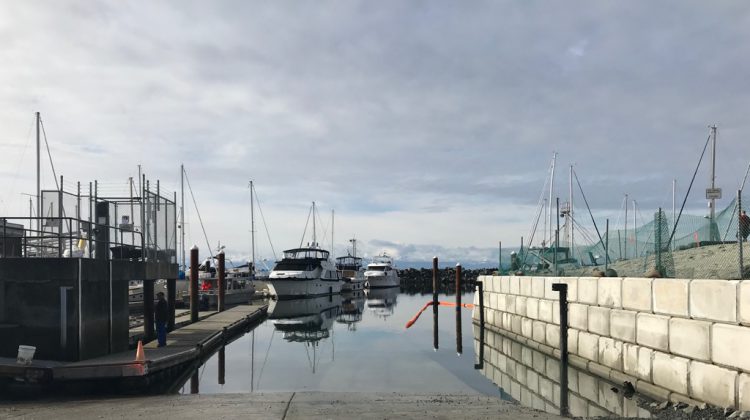 North Harbour (Supplied by the City of Powell River)

Powell River boaters will not have to contend with moving a silt curtain out of the way at the North Harbour over the Family Day long weekend.

The curtain has been pushed to the side of the ramp so as not to impede boats from being launched.

Be aware that there is an approximate 8-inch drop-off to the north side of the ramp where widening slabs have yet to be placed. Only one-half of the ramp can be used so the city is asking boaters to be patient.

The city says part of the construction of the boat ramp upgrade, it was necessary for the silt curtain to be installed as a mitigation effort to trap and contain suspended solids, including silt and sediment, that cause turbidity within the water column, and possible death of fish or fish habitat. Turbidity levels in the water column are currently at an acceptable level.

The silt curtain that has been installed at the launch site is a means to trap and contain suspended solids, including silt and sediment, that cause turbidity within the water column.

The $200,000 upgrade is funded by Powell River Community Forest.