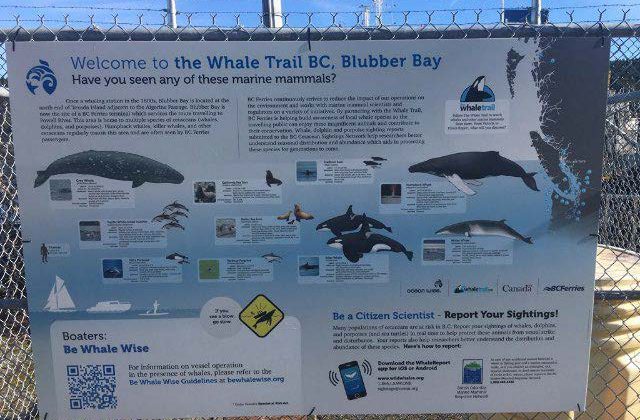 In partnership with the Whale Trail, the DFO and Ocean Wise, interpretive signs have been installed at the two terminals, offering a shore-based site to view marine mammals along the Pacific Coast.

Based in Seattle, the Whale Trail is a non-profit organization that aims to inspire appreciation and stewardship of orcas, other marine mammals and the marine environment.

In 2015, the B.C. Cetacean Sightings Network (BCCSN) – a citizen science program at Ocean Wise – partnered with the Whale Trail to expand the network of land-based whale watching sites into British Columbia.

BC Ferries’ vessels have been regularly reporting sightings to the BCCSN since 1975, so it decided to jump on board and join the Whale Trail last year with three initial locations at the Tsawwassen, Little River and Langdale terminals.

While viewing the new terminal signage, customers are reminded to wear a non-medical mask or face covering.