Father accused of abducting children reaches out to RCMP 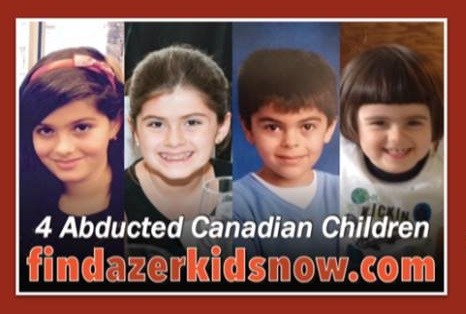 The Comox Valley RCMP say a man wanted for allegedly abducting his children and taking them to the middle east has made contact with investigators.

Saren Azer has reached out to RCMP to assure authorities that the children are safe.

Investigators are working to determine how the kid’s well- being can be confirmed.

An arrest warrant was issued for Azer after he failed to return to Canada with the children after taking them on a holiday trip to Europe.

It’s believed he fled to the Middle East and is currently in Iran.

The children’s mother Alison has worked tirelessly to try and get the children returned to Canada, including meeting recently with the federal party leaders.

RCMP say they are hopeful the dialogue will continue so that a resolution can be found, but due to the nature of the investigation, no further details will be release.