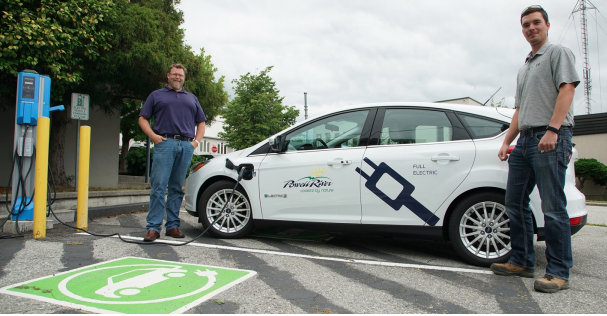 Electric vehicle owners will now pay a rate of two-dollars an hour at Level 2 charging stations owned by the City of Powell River.

The new changes come into effect today and will be calculated to the nearest second, based on how long the vehicle is connected.

Powell River’s Sustainability Planner, Ana Lukyanova says the decision was made because people were leaving their cars plugged in for longer than they needed to.

“Charging has been free to the public since the first station was installed in 2016 and
the use of the stations has grown exponentially,” said Lukyanova.

“Users often leave their vehicles plugged in for longer than necessary to charge, limiting access for other users. This is becoming a problem as the stations get more and more use. We want to ensure stations are available for those who really need them as the number of Electric Vehicles grows in our community and we get more EV visitors.”

The BC Hydro owned and operated fast-charging station at North Harbour remains free to use.