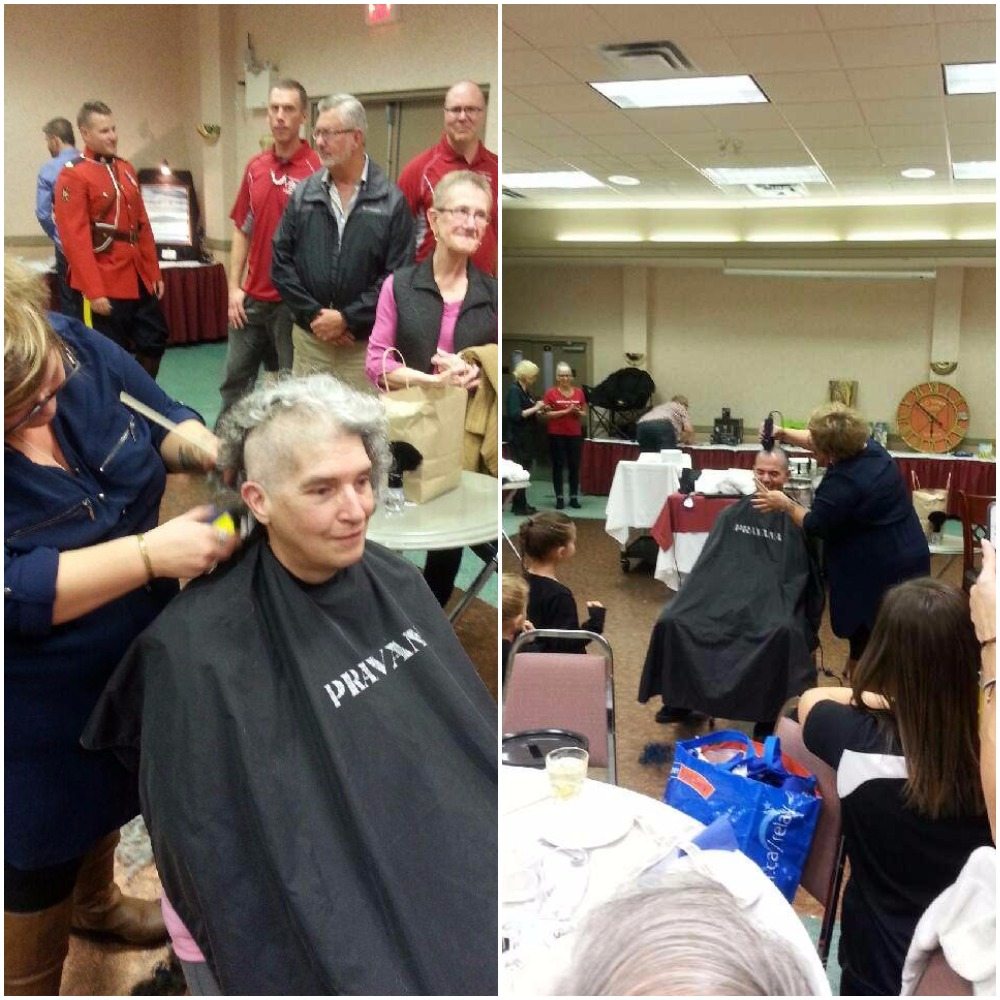 Tour de Coast riders were in Powell River this weekend for a special spaghetti dinner and head-shave.

He says it was an honour to shave his head for the cause, and his daughters even got involved.

“I’m so proud of them. They each brought a toonie to put in the bucket so that they could help raise money to shave my head. I’ve been sporting the craziest hair for the last week, way longer than I ever would – ever should, as a police officer so I’m very happy that it’s gone and you know, bald is beautiful.”

Busch adds that they’ve been able to raise close to half-a-mllion dollars so far. The ride wraps on September 28th.